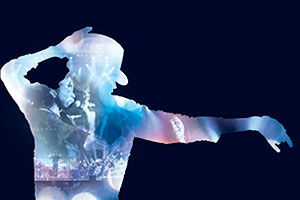 Concerts in the Garden - The Music of Michael Jackson

From his early years with the Jackson 5 to his mega-hit album Thriller and beyond, Michael Jackson stormed the music industry with hit after hit.Windborne Music's “Music of Michael Jackson” takes you through each era of this storied performer from “ABC” and “I'll Be There” to “Beat It,” “Thriller,” “Rock With You,” “The Way You Make Me Feel,” and many, many more. Join us for an evening filled with fabulous music spanning 40 years of Michael Jackson's influential and celebrated career!