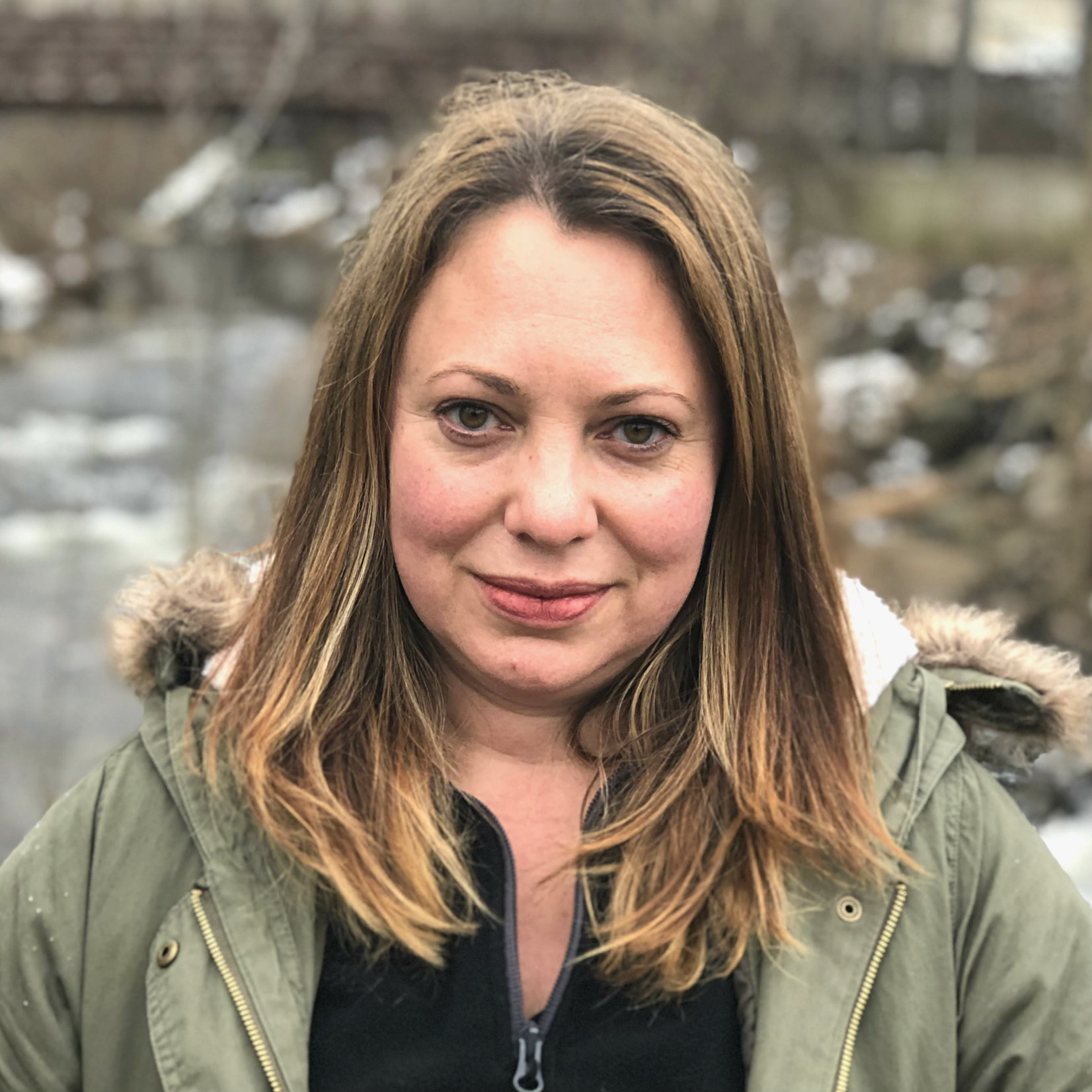 She got her master's in performance studies at NYU. But Mara Richards Bim soon turned to directing teens - even as she worked in education for such New York companies as the celebrated New Victory Theater. A 2012 job offer from the Dallas Theater Center brought her back here, but they don't have a teen company, so Richards Bim started her own: Cry Havoc. She's used it to teach DISD students about 'self-created, collaborative' plays - like 'Babel,' which has been in the works for months but is taking on gun violence, gun rights and gun control, just as those issues have roared back into the national debate.

Last year, the teen theater company, Cry Havoc, created, ‘Shots Fired,’ an acclaimed show about the July 7th Dallas police ambush. Inevitably, parts of the many interviews that students did – interviews with officers and protestors and victims’ relatives – were cut for time. But now Cry Havoc founder-director Mara Richards Bim and her students are developing a new show on what got cut: the entire issue of gun violence.

Follow all of our coverage of Cry Havoc as it develops the play ‘Babel’ – here – including their visits to Washington, D.C. and the NRA convention in Dallas.

“Do I have everyone’s paperwork?” Mara Richards Bim asks the assembled high school students and their parents.

We’re in a classroom at Eastfield College. Richards Bim is collecting signed releases. Creating a Cry Havoc show requires recording, even videotaping, students while they’re interviewing people – hence, the signed releases. The interviews are part of what’s called ‘devised theater’ or ‘documentary theater.’ Moises Kaufman, currently an artist in residence at UNT and the creator of ‘The Laramie Project’ – perhaps the best-known example of such reality-based dramas – calls his approach “moment theater.”

You can continue to follow Cry Havoc’s students as they develop ‘Babel’ – including their trips to Connecticut and Washington, D.C.

Actors and directors piece together a script, drawing from their own visits to places, their own interviews. For ‘Shots Fired’ – the previous Cry Havoc show about the Dallas police ambush – the students spoke with officers, Black Lives Matter protestors, victims’ relatives. Inevitably, they had to edit all that material into a usable script. What often got edited out, though, were wider discussions about gun violence, gun rights, gun control.

“And we decided, OK, we’re going to do a show about that,” says Richards Bim.

Richards Bim explains to the gathered parents: “What I say to people about this is that we’re agnostic. We may personally have opinions. Like, I will just say I’m a gun owner. I have guns in my home. My husband is a hunter. We also keep our guns under lock and key. You know, there’s a range of people who own guns in this country.”

And her students don’t necessarily share the same attitudes towards guns, either. Some are passionately against, some see a need there. Some, like Madison Meadows (16 years old, from Booker T. Washington High School) calls herself “such a blank slate. You know, I’m like guns are – like, why though, y’know?”

Basically, Cry Havoc aims to explore seemingly simple questions. Violent crime in America has dropped significantly the past quarter century, yet according to an American Journal of Medicine study, Americans are still 10 times more likely to be killed by a gun than the people in 21 other developed countries. Why? – to borrow Meadows’ question.  And it’s been nearly 20 years since the massacre at Columbine – and after that came Virginia Tech, Sandy Hook, the Orlando nightclub shooting – yet the gun debate in America hasn’t budged.

So Richards Bim has arranged for Cry Havoc’s students to talk with people like a constitutional law professor as well as David Prince, a gun range owner who’s a member of the National Rifle Association. She’s also brought in activist Amanda Johnson from the Everytown Survivor Network. Johnson’s sister killed herself with a gun. Such suicides are generally not even counted among gun deaths in America.

And this week, Cry Havoc is in Washington, D.C. They’re scheduled to meet with Texas political leaders, including Senator John Cornyn. Cornyn has been pushing a bipartisan bill that would modestly strengthen background checks.

So the high school shooting in Parkland Florida may have finally budged the American gun debate a bit.

@cryhavoctheater is on its way to chat with senators. On the way we ran into elementary and middle school students protesting #gunviolence.

Las Vegas. Sutherland Springs. And now Parkland. Yet the school walkouts that Parkland has sparked could color the way “Babel” is viewed. Isn’t it just another part of the student uproar? So far, though, Cry Havoc seems to be the only high school troupe processing these events through wide-ranging interviews and documentary theater

“While it may not be novel to have teens leading the conversation around guns,” Richards Bim says, “the show we’re creating is still going to be unique.”

Richards Bim grew up in Irving, got her master’s in performance studies at NYU but got into directing, particularly directing young people. In 2012, she came back to Dallas, and by 2014, she’d gotten a grant from Dallas’ Office of Cultural Affairs to start Cry Havoc. The 43-year-old teaches as an adjunct professor at Eastfield and auditions high schoolers from across DISD for Cry Havoc’s shows. She gets a lot of applicants, and she gets to choose some of the most engaged Dallas students around.

“Working with young actors is both exhilarating and challenging,” she says. “And, you know, I love seeing how far I can push them.”

Amanda Johnson, left, of the Everytown Survivor Network, going through her PowerPoint presentation on gun violence in America.

Richards Bim admits with a laugh that after ‘Shots Fired’ and ‘Babel,’ Cry Havoc may be in danger of becoming “the death and destruction theater company.” Even its name, Cry Havoc, comes from Marc Antony’s famous speech predicting death and destruction after Caesar’s murder in Shakespeare’s ‘Julius Caesar.’ His line ‘Cry havoc! And let slip the dogs of war,’ is actually drawn from a real military command. ‘Cry havoc’ basically orders individual soldiers to go and loot and wreak chaos.

That’s because, she admits, “I enjoy plays that push social buttons, that get conversations started.” But she also realizes that in trying to include everything in ‘Babel’ from domestic abuse to concealed carry to school shootings, Cry Havoc is taking on far more than it did with ‘Shots Fired,’ which focused entirely on a single evening, one horrendous event.

Mercifully, the show, ‘Babel,’ doesn’t open until July – as part of the AT&T PAC’s Elevator Project. Much of the real work will come in hammering out that script over the next several months.

Yet already, Richards Bim says, ‘Babel’ has taken an emotional toll on her, more than she imagined. No, it’s not been the stories of murder or watching the wrenching Sandy Hook documentary, ‘Newtown,’ with her students. It’s been trying to get people just to talk with high schoolers about gun rights or gun control. Struggling to get politicians for something more than a nice photo op.

“The behind-the-scenes stuff has what has actually been taxing on me emotionally because, to me, that means – gun violence is just here to stay.”

Perhaps the American gun debate won’t change after all.

But then, the high school demonstrations – and Cry Havoc’s own students – have just gotten started.