Several months ago, Cry Havoc Theater Company set out to create a play about America's gun debate. Now, the show's in it's final week of production. Hear how they took real-life experiences and turned them into a play. 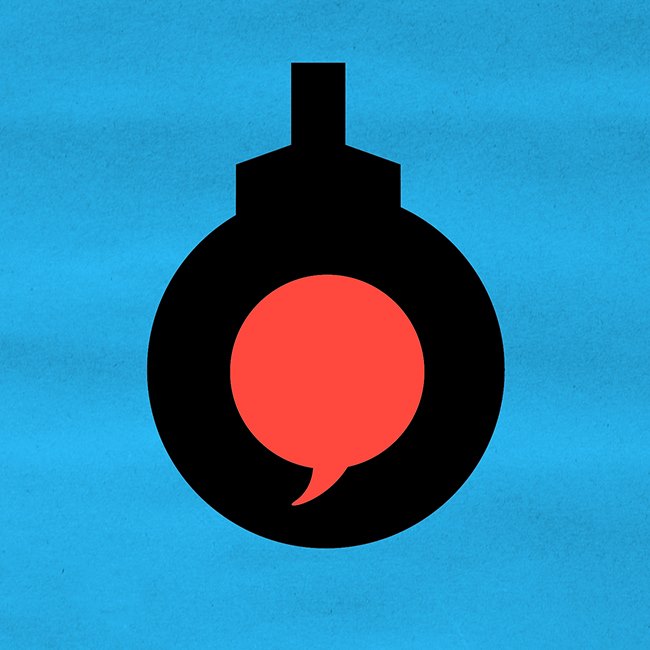 Cry Havoc Theater Company has been on a journey to create a documentary-style theater piece about America's gun debate. They spent months talking with all sorts of folks. Then they used those interviews to craft the script for "Babel." And last week, the show debuted at Hamon Hall in Dallas (ticket info here). Hear the story behind the production.

The cast of “Babel” place shoes on stage as representations of people who’ve been killed by guns.
Photo: Karen Almond

“Babel: A Play About Guns,” presented by Cry Havoc Theater runs at Hamon Hall in the Winspear Opera House through July 15. You can follow our entire coverage of Cry Havoc’s lengthy development of ‘Babel’ – including an interrupted visit to the NRA convention in Dallas here.

After months of research, interviews and rehearsals, the teen actors of Cry Havoc Theater Company are slipping into their costumes and preparing to perform their original play about guns and gun violence in America.

Art&Seek has been following the making of “Babel.” In this week’s Spotlight, we travel through time to some of the earliest rehearsals in order to show you how they got ready for opening night.

The music and theater rehearsal space inside of Eastfield College is filled with the sound of teenagers chatting and laughing as Cry Havoc’s artistic director begins to talk to her cast.

“OK!” shouts Mara Richards Bim as she competes for the cast’s attention. “Quickly, just some house cleaning things and then we’ll close up.”

The group has just wrapped up their last six-hour marathon rehearsal of the week. The schedule’s hectic because they’re preparing to premier a documentary drama called “Babel.” The opening is less than three weeks away and Richards Bim is telling the performers that she’s concerned.

“So, one of the things both I’m noticing…” Richards Bim pauses and then continues, “You need to go back and look at your scripts because these are actual people who said these actual words and sometimes you guys are paraphrasing. And we need to honor the words they’ve said. I think it’s even more important than if this was like a fictional script. You know?”

The script was made using similar techniques as other forms of documentary. They chose a subject, investigated and learned the nuances. Then, they spoke with a bunch of people. And those interviews became the script for “Babel.”

That means members of the cast spoke with all the people depicted in the show – from passionate gun enthusiasts at the NRA’s annual meeting to politicians crafting bills aimed at decreasing violent crimes. They even spoke with first responders like police officers and emergency room trauma surgeons.

Accuracy is imperative in this approach — so is the acting.

‘Theater is a full-contact sport’

After months of research and wrapping up the school year, the actors finally have the time they’ve needed to focus on their craft. They’ve been getting individual acting lessons from theater teacher and acting coach Lisa Cotie, but due to other responsibilities some of the coaching has happened via FaceTime. And Cotie needs to whip her performers into shape.

“What’s happening is that you’re not thinking about this like a sport,” she explains. “You’re not playing to win. You guys are simply delivering words from the page.”

Time has flown by and suddenly there’s only 24 hours before “Babel” opens. And Cotie is still working with the group and trying to teach them how they need to deliver their lines.

Despite being off book, many of the actors are struggling to find the objective of the people they’re portraying. That means they’re having a hard time mastering the inflections and emotions of their characters. But Cotie has several exercises that she thinks will help them focus. Before they begin, she reiterates to them that standing still and saying words isn’t enough.

“You have to be able to see if you’re getting it,” she says. “Like right now, you all are nodding your head, so I know you understand me. But when you’re talking to an audience and you’ve got lights in your face and there’s nobody nodding at you, you don’t know. So, you have to know how that feels physically.”

Delivering lines and living in a character’s skin is hard. This is especially true with the sort of delicate content Cry Havoc’s dealing with. Cast member Cara Lawson knows the struggle firsthand. But Cotie helps her as she rehearses the role of Sue Loncar of Dallas. Loncar’s daughter struggled with depression and anxiety and in 2016, she died by suicide. She used her father’s gun.

“And that’s why I think it’s so important to not have a gun in the house,” Lawson says in character. “I think she just thought, ‘I’ll show them.’ Because her dad has said, ‘you can’t threaten suicide to get out of trouble.’”

“What?!” interrupts Cotie. “Her dad said what?”

“‘You can’t threaten suicide to get out of trouble,’” Lawson says in character.

“And do you stand in solidarity with him on those words?” Cotie asks.

Not your average play

A Choreographed moment from the show.
Photo: Karen Almond

“Babel” would be a tough play for any actor. It’s nearly three hours long. And it’s chock full of challenging moments and long, overlapping monologues.

For example, one scene takes us to Sandy Hook Elementary School. That’s where we meet a mother recounting the day when her son was one of 20 children murdered in a mass shooting. We also go inside the school, where a teacher remembers hiding with her students as the shooter fires more than 100 bullets in five minutes.

Here’s some of the dialogue from that scene:

“Um. So…I, I didn’t know what to do, and I told the kids that. I was like, ‘I don’t know what to do. I gotta lock the door but I’m scared.’ And…I remember Nicole, one of my little girls, said, ‘Mrs. Clements your legs are shaking.’

The real-life words from interviews aren’t the only thing that sets “Babel” apart. It also features a good amount of movement and dance. The choreography enhances the story and helps the audience more deeply connect to the events being depicted.

“It’s like easier to connect to the feeling when the movement is there,” says Emily Bernet. She’s a co-founder of Bombshell Dance Company. She and her partner choreographed the movements in “Babel.”

“There’s different parts to it, too,” she says. “In the show there’s parts where someone is speaking and then the motion that’s going on behind it is sort of reflecting the text and that’s interesting, because you see this physical representation while you’re listening.”

Finally, it’s opening night. Inside Hamon Hall the audience sits along three sides of the stage. Around them, on all the walls, hang thousands of shoes. Each shoe represents a life lost due to gun violence.

Backstage, actress Mary Bandy takes a moment to share what she hopes the audience takes away from the play.

Back in the theater, the introductions have begun and the audience is teeming with excitement as the start of the show rapidly approaches.

The play’s impact is immediate. Folks in the audience squirm when gun violence stats are read aloud. A few men stiffen as the term “toxic masculinity” is defined. And Sydney Daly, a theater teacher at Dallas Academy, isn’t the only one reaching into her purse to grab tissues.

“Hearing the teacher interviews… it’s really hard,” Daly says during intermission. “I’m picturing my students and… But I’m so glad that they made this, because there needs to be more conversation about this topic.”

The actors agree. When they started this project, they had one question: “Why isn’t something being done to stop gun violence?” And now, they understand the complexities better than most. They still don’t have a solution. They just hope their play starts a larger conversation.