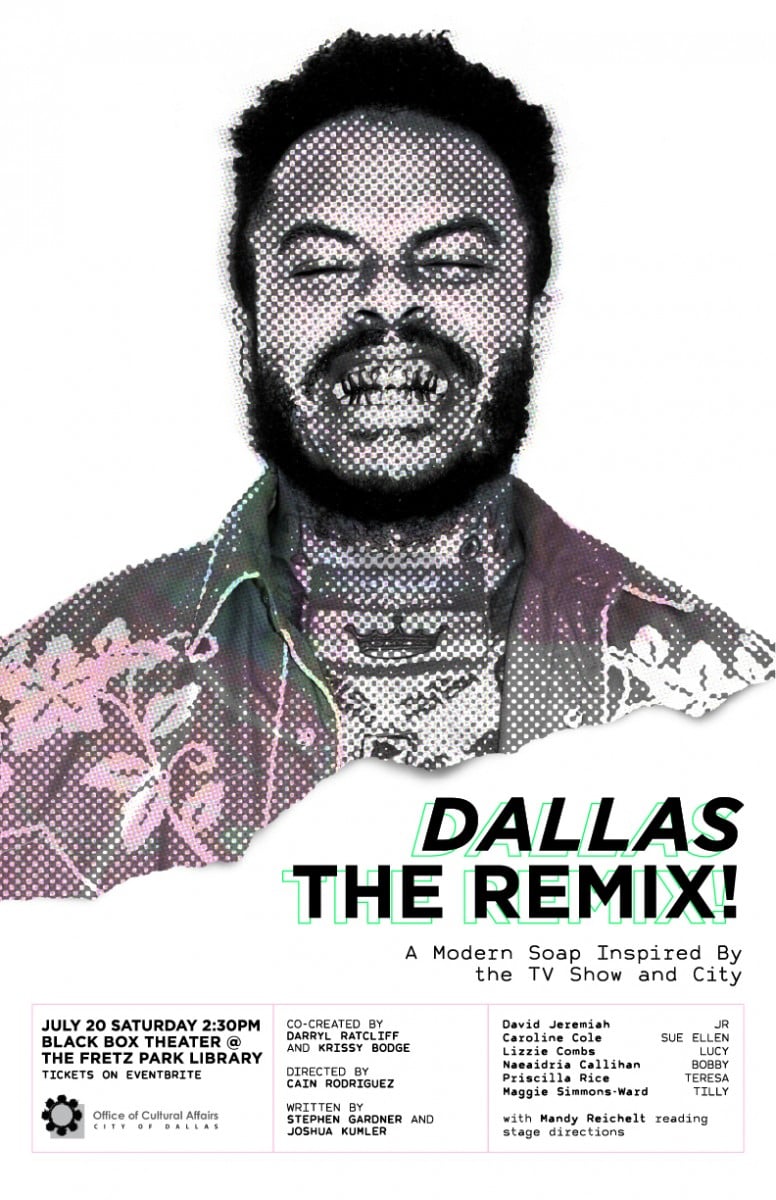 Darryl Ratcliff and Krissy Bodge present Dallas The Remix a conceptual art project in the form of a play inspired by the hit 80s tv show Dallas.

"The TV show Dallas still casts a large shadow over the cultural identity of the city of Dallas, and this play comments and subverts the tropes of the show as well as tells a story about modern Dallas" co-creator Ratcliff says.

Dallas The Remix, directed by Cain Rodriguez, will debut as a staged reading Saturday July 20th at 3 p.m. at Fretz Park Library Black Box Theater. The play written by Joshua Kumler and Stephen Gardner uses the names of characters from the tv show but sets them in 2019 and reimagines their agency.

"The role of J.R is played by a black actor, David Jeremiah, in Dallas The Remix. Two additional roles specifically for people of color, Tilly and Teresa, which were minor parts on the tv show, become major characters in the play." co-creator Ratcliff says.

“The characters came out of the exploration of the tv series Dallas but we used real new sources to help create a portrayal of Dallas as it really is instead of a soap opera version of the city.” writer Kumler says.

The Dallas The Remix project received funding from the Office of Cultural Affairs through a Cultural Vitality Program grant. Part of the character development of the play was based on interviews with real life Dallas citizens.

"We wanted the characters in Dallas the Remix to be grounded in the lived experiences of everyday Dallasites yet still retain the drama and over the top attitude of the original TV show." Ratcliff says.

“We interviewed long-time Dallas residents and attended community meetings in an effort to get a better sense of what Dallas was actually like in the 1970s and 80s. While the television version didn’t quite match, many of the real-life stories were just as unexpected and dramatic as the story arcs on the show.” co-creator Krissy Bodge says.

"We hope that whether you grew up watching the TV show Dallas or have never seen an episode in your life, Dallas The Remix will be an entertaining and thought provoking experience for all audiences." Bodge says.