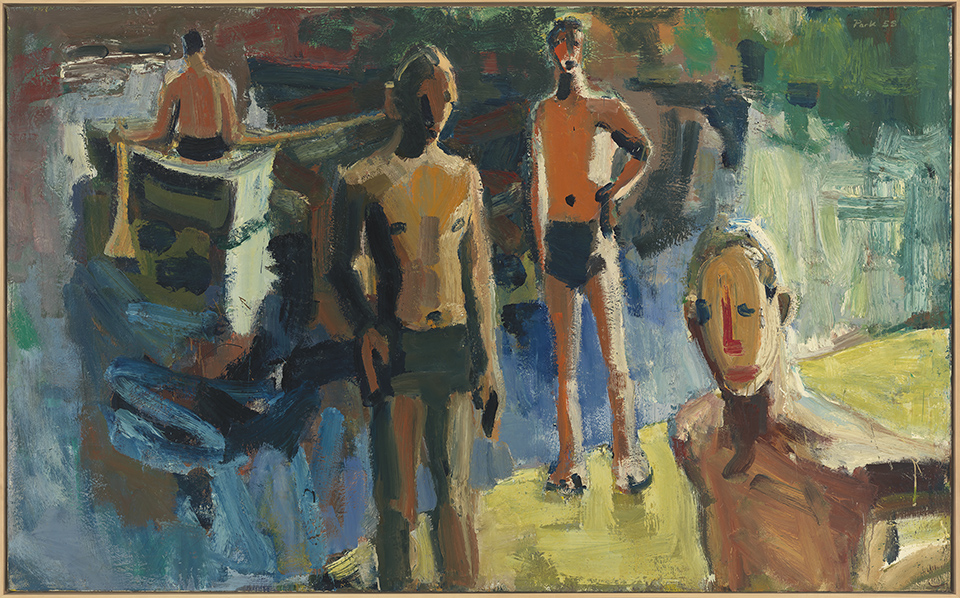 David Park: A Retrospective is the first major museum exhibition in more than 30 years to present the powerfully expressive work of David Park (1911-1960), best known as the founder of Bay Area Figurative art. In the immediate postwar years, Park, like many avant-garde American artists, engaged with Abstract Expressionism and painted non-objectively. In a moment of passion, he made the radical decision to abandon nearly all of his abstract canvases at an East Bay dump. In 1950, he returned to the human figure, in so doing marking the beginning of the Bay Area Figurative movement. David Park: A Retrospective traces the full arc of the artist’s career, from his early social realist and cubist-inspired efforts of the 1930s to his mature figurative paintings of the 1950s and his astounding final works on paper.

David Park: A Retrospective is organized by the San Francisco Museum of Modern Art. The exhibition is curated by Janet Bishop, Thomas Weisel Family Chief Curator and Curator of Painting and Sculpture at SFMOMA.