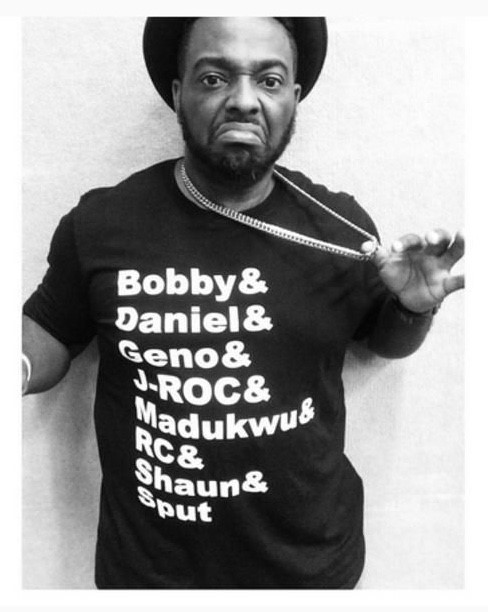 After discovering his love of music at an early age and later graduating from Dallas' Booker T. Washington High School for the Performing and Visual Arts, ground zero for other internationally known artists such as: Erykah Badu, Edie Brickell, Nora Jones and Roy Hargrove, Geno moved on to the next phase of his musical evolution and enrolled in Howard University, where he studied music and further developed the necessary skills and contacts that would enable him to follow in the footsteps of one of the most prolific singer/songwriter/producers of our time, fellow Howard University alum- Donny Hathaway.

His formal education concluded, Geno toured the world as musical director, arranger, and producer for Erykah Badu. He wrote and produced the hit songs "Times a Wastin’" and "Orange Moon" on her 2001 release- “Mama's Gun”. “Touring with Badu was kinda like a school for the best and brightest in the soul music scene…It was an amazing experience. She showed me how to be a consummate professional.”

His 2004 solo debut, “The Ghetto Symphony” allowed Geno to further his personal development as an artist and a performer. “The Ghetto Symphony album was really my introduction as a solo artist. I had done a lot of writing and producing for other artists and just wanted to let a portion of my voice be heard. It definitely was a success because it reached a worldwide audience and the music seemed to affect those who heard it in a positive way. I would have never guessed that an album that was totally “indy” would have garnered that kind of attention.”

With the June 2010 release of his highly anticipated sophomore album, “Ear Hustler”, Geno hopes to showcase his musical and lyrical growth. The difference between the two albums is basically, a matter of time passing and the world evolving.