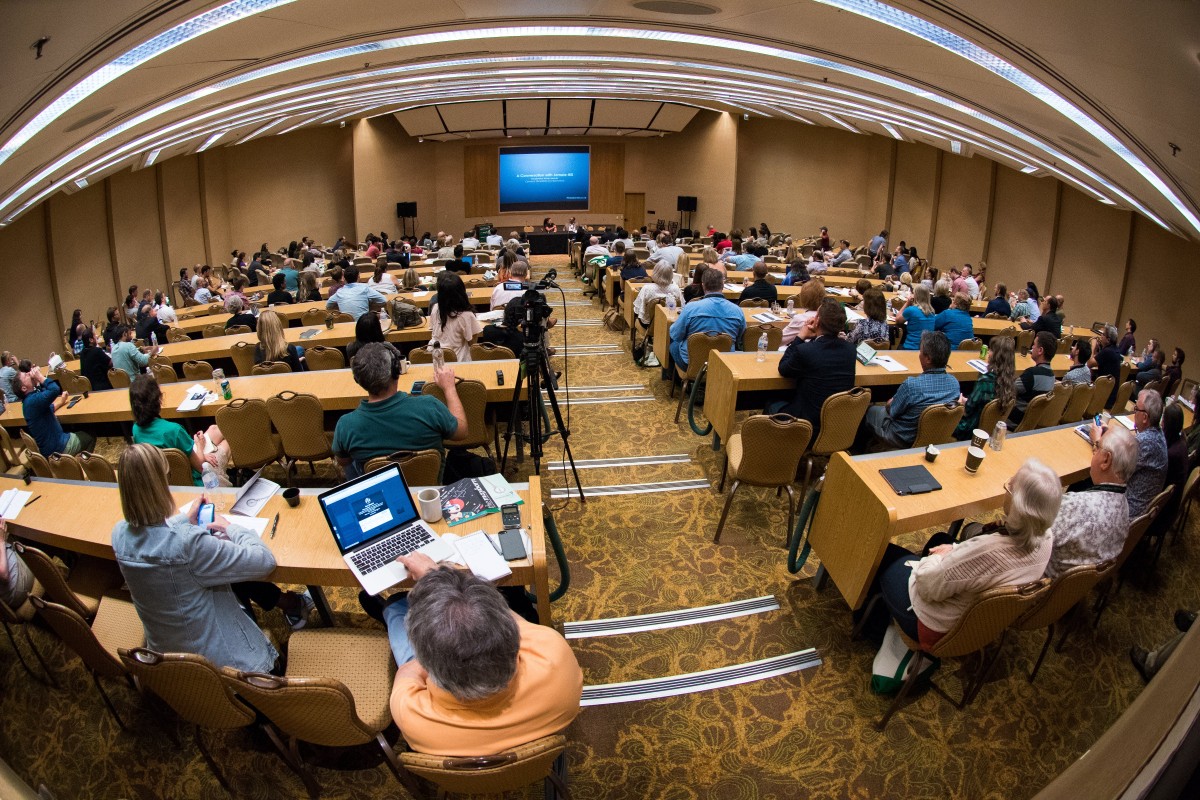 As the Mayborn Literary Nonfiction Conference celebrates its 15th year, "Justice in America" will explore how journalists cover issues of justice, race, politics and fairness in everyday life. We’ll celebrate the salient work of journalists, facing criticism and contempt from all circles of life, who must endeavor to provide context, transparency and fact-based truths.

We’ll try to understand the impact of the #MeToo movement, police-community relations, the enforcement and repeal of government regulations that are changing families, communities and corporations.

We’ll have some of the world’s best writers to engage in thoughtful, insightful and instructive conversations about the stories they have written about people, places, and institutions.

For “Justice in America,” we’ve lined up a stellar trio of keynote speakers, each of whom has worked to produce works that bring truth, fairness and accuracy to the world around us. As in past years, we're also presenting an awesome Saturday matinee featured speaker.

Friday Keynote: Nikole Hannah-Jones
Our Friday keynote speaker for the Southwest Soiree is noted journalist Nikole Hannah-Jones, who writes on social injustice for The New York Times Magazine. She has written extensively on the history of racism, school resegregation and the disarray of hundreds of desegregation orders, as well as the decades-long failure of the federal government to enforce the landmark 1968 Fair Housing Act. Saturday Keynote: Taylor Branch
Taylor Branch is an American author and public speaker best known for his landmark narrative history of the civil rights era, America in the King Years. The trilogy’s first book, Parting the Waters: America in the King Years, 1954-63, won the Pulitzer Prize and numerous other awards in 1989.Sunday Keynote: Hampton Sides

Hampton Sides is best-known for his gripping non-fiction adventure stories set in war or depicting epic expeditions of discovery and exploration. He is an acclaimed journalist and the author of the bestselling histories Ghost Soldiers, Blood and Thunder, Hellhound On His Trail, In the Kingdom of Ice, and, most recently, On Desperate Ground.Saturday Featured Speaker: Margot Lee Shetterley

Our Saturday afternoon featured speaker is Margot Shetterly, author of “Hidden Figures: The American Dream and the Untold Story of the Black Women Mathematicians Who Helped Win the Space Race.”