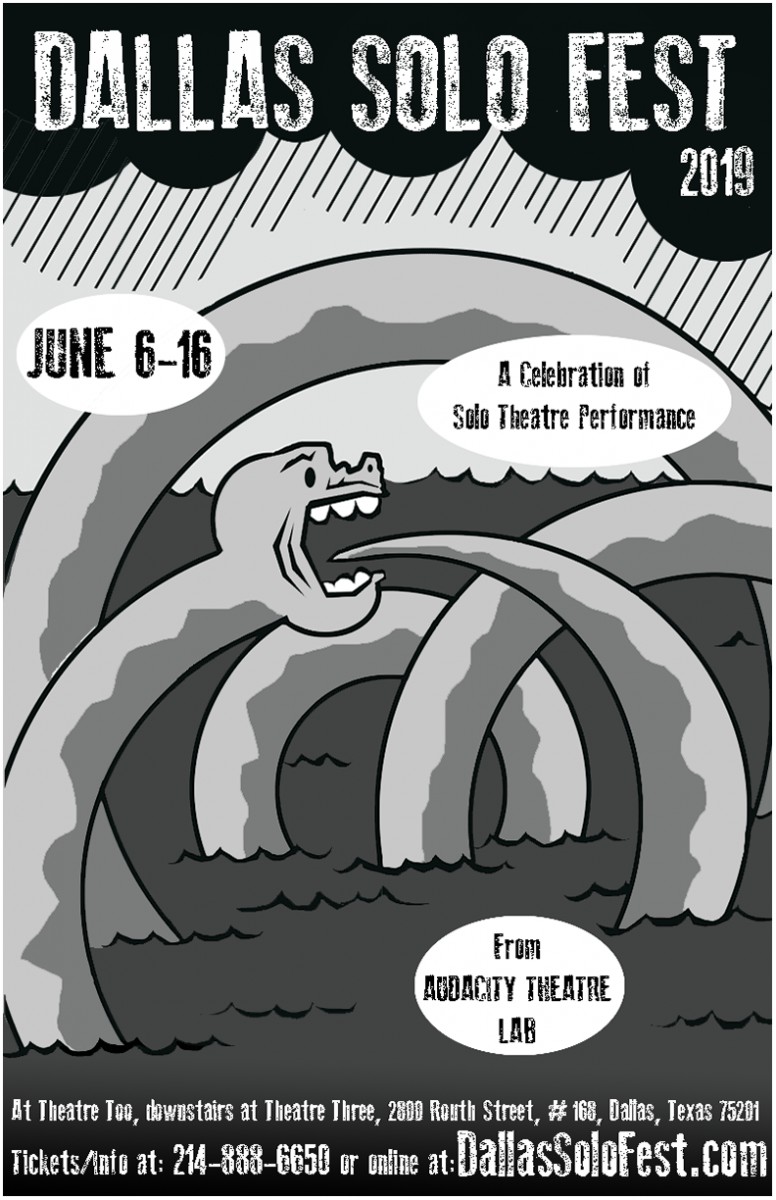 Audacity Theatre Lab is pleased to announce the 2019 Dallas Solo Fest, June 6-16, 2019 at Theatre Too! downstairs at Theatre Three at the Quadrangle in Dallas’ Uptown neighborhood.  Eight unique one-person shows highlight this fifth year festival with a mix of local solo performers and performers coming in from around the country.

This 2019 Dallas Solo Fest line-up includes Based On Actual Events by Jaye Lee Vocque, Brigham Mosley’s Critical, Darling!, Cyrano A-Go-Go by Brad McEntire, Justin Lemieux’s Girl Dad, Keeping Up With the Jorgensons by Jeremy Julian Greco, Carmel Clavin’s The Marvelous Musical Mechanical Maiden, Melanie Moseley’s Sexology: The Musical! and Who You Calling a Bitch!?! By Sacha Elie. Collectively, the shows of these performers represent a wide variety of solo performance styles including storytelling, cabaret, drag, historical biography, memoir as well as pieces that defy any kind of easy categorization.

Produced by Brad McEntire, artistic director of Audacity Theatre Lab, the 2019 DSF will be the fifth festival of its kind since 2014’s inaugural festival. The purpose of the Dallas Solo Fest is to celebrate extraordinary solo theatre as well as increase awareness and appreciation for the form in the north Texas area.

The Dallas Solo Fest will be produced by Audacity Theatre Lab and will play at Theatre Too! downstairs at Theatre Three, 2800 Routh Street, #168, Dallas, Texas 75201. Performances are Thursdays thru Sundays, June 6 – 16, 2019.

Single tickets and Festival Passes for all shows go on sale May 1, 2019.  Festival Passes include one admission to each festival show and are $65.  Individual ticket prices for each show are $15. Reservations can be made online via the Dallas Solo Fest website or by calling (214) 888-6650. Details about the shows, artists’ bios, the full schedule and ticket information at: www.DallasSoloFest.com