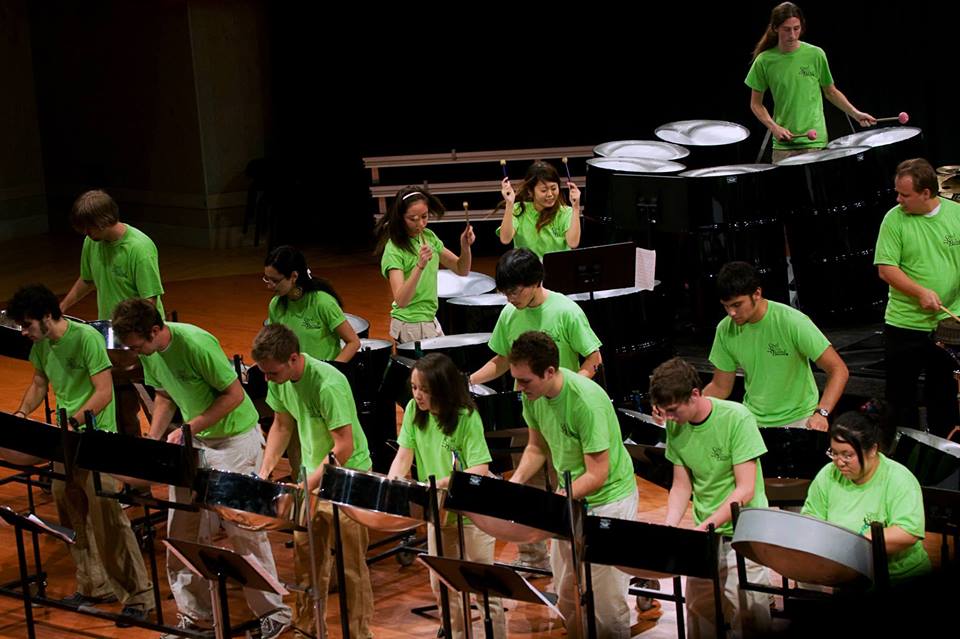 ABOUT THE ARTIST: University of North Texas Percussion Steel Drum Band
Steel drum bands, a trademark of the Caribbean, are rapidly growing in popularity in the United States. These bands originated in Trinidad where groups participating in Carnival activities played on paint cans and oil barrels, which have tuned areas beaten into their surfaces. The various sets of drums, which are constructed by hand from 55-gallon oil drums, comprise a family of soprano, alto, tenor, and bass voices. Since their creation, steel drum construction has become a highly developed art form. Today, the "pan" is a legitimate, versatile instrument capable of expressing delicate passages in classical music as well as in traditional upbeat calypso marches and popular dance music. In 1982, UNT became one of the first universities to start a steel band program. UNT students currently have the opportunity to perform in two steel bands.