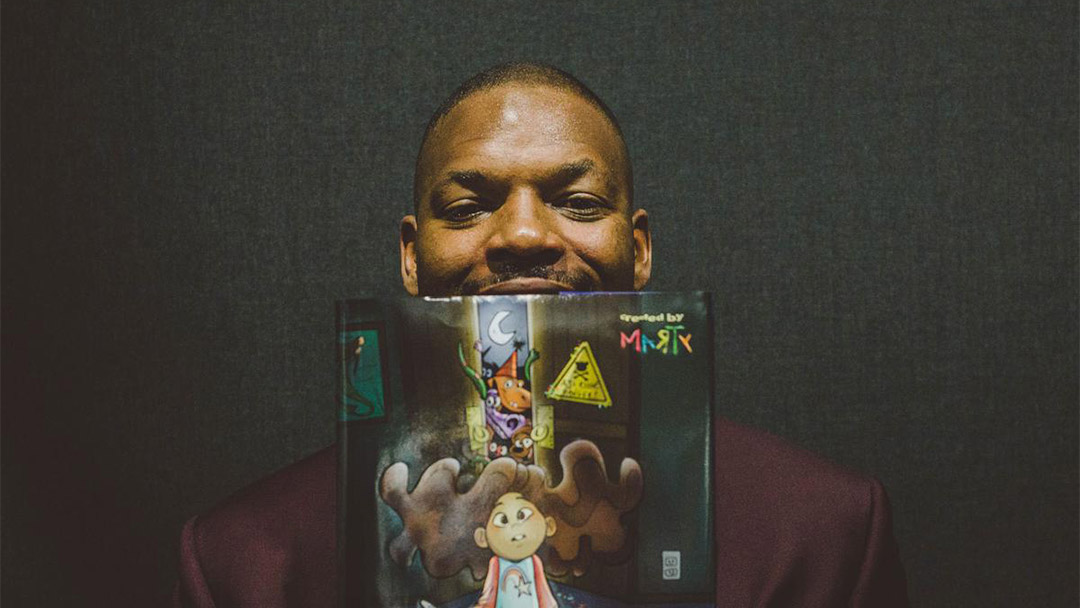 Dear Black Boy is an illustrated book adapted from Martellus’ letter of inspiration to black kids following the 2016 shootings of Philando Castile and Alton Sterling. In Dear Black Boy, Bennett twists the usual sports tropes into words of encouragement for young black boys to remind them they’re more than an athlete, a jersey number or great stats and that the biggest game they’ll play is the game of life. The original letter is incredibly moving and wildly popular. Now in the book form, Martellus is combining his artistic skills with his letter to inspire a new generation.

With Dear Black Boy, Martellus is on a mission to change the conversation about black boys in America. As part of the book, he’s launching a campaign called Dear Black Boy Now What? which will tell the stories of young black boys, lift up their voices and challenge everyone to think differently about expectations and stereotypes. The campaign will feature letters of inspiration from prominent black voices, parents and kids as well as kids’ artwork with their interpretation of the prompt, “Dear Black Boy…”

Since retiring from the NFL after 10 years in March 2018, Martellus has devoted his energy full-time to his multi-media storytelling studio, The Imagination Agency, where he creates books, apps, TV series and more aimed at increasing representation of kids of color on the page and screen.