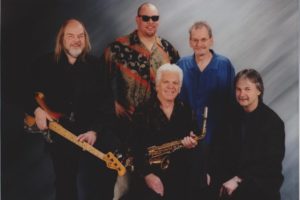 In 1961, a group of high school buddies formed a band called The Sunliners. Fast forward seven years to 1968, and the band became Rare Earth with a Motown recording contract under a new Motown division named for them! With roots developed in R&B music, Rare Earth has an amazing track record of more than 3,000 concerts plus performances on The Ed Sullivan Show, The David Frost Show, Dick Clark’s American Bandstand and Don Kirshner’s Rock Concert. Rare Earth performed on the very first Midnight Special, where they set the precedent of performing live instead of lip-synching to a recording. They have performed with Jimi Hendrix, Sly & the Family Stone, and Ike and Tina Turner. Acts who have opened a Rare Earth concert include Earth, Wind & Fire, Steely Dan, and the Doobie Brothers. Their best-known hit, “Get Ready,” sold millions of records and remained on the charts for almost three years. Other Rare Earth hits include “Big Brother,” “Born to Wander,” “Tobacco Road” and “I Just Want to Celebrate.” Rare Earth takes pride in being the “people’s band,” and their thirst for performing for live audiences has brought them back to touring the country, performing with the audience, not at them.