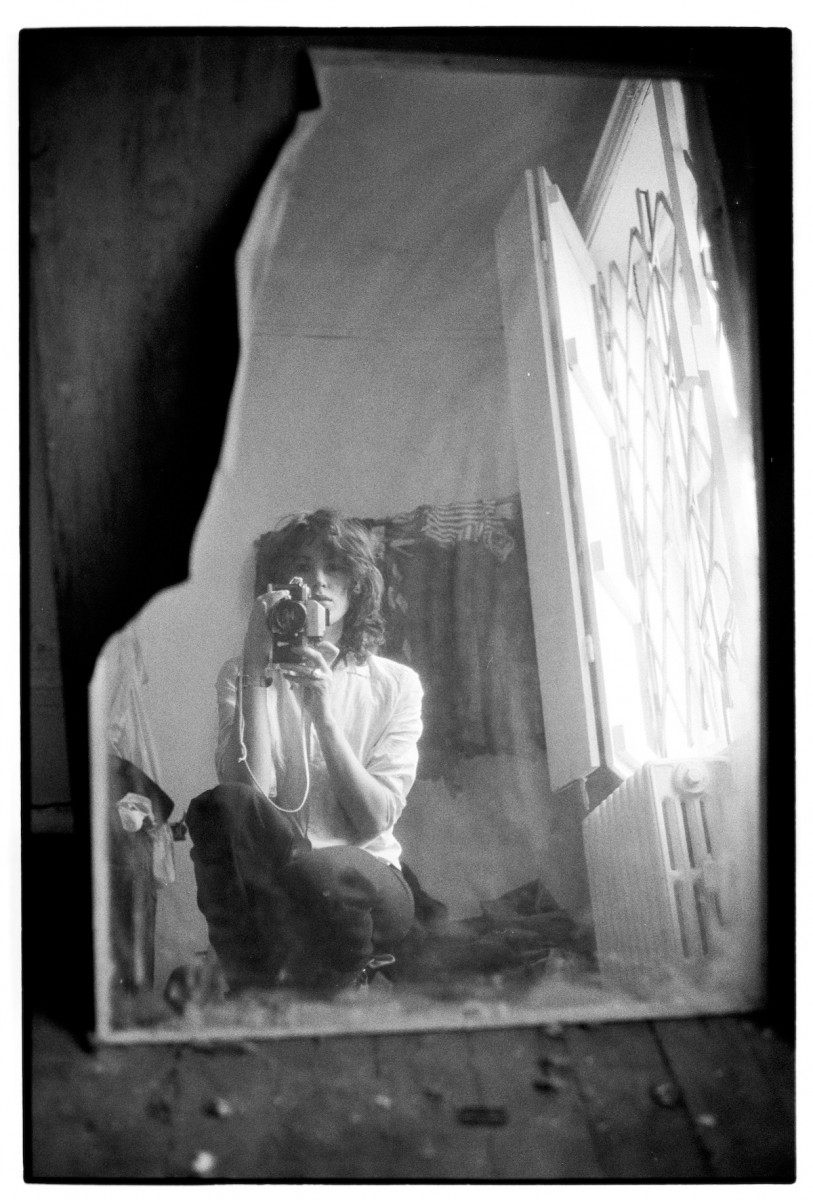 Fort Works Art (FWA) is pleased to present Chaos and Cosmos featuring artwork by acclaimed portrait photographer Kate Simon running from May 8 - June 29, 2019. In this large-scale solo exhibition, Simon will overtake both floors of the gallery displaying images spanning from her more than thirty-year career as a photographer. Simon’s highly personal photographs serve as a peephole into the worlds of many of our heroes and icons. They offer us her own personal reflection of these times of past and cultural life-events that have helped to shape our view of many aspects of our world.

Rife with disorder Chaos and Cosmos, will bring all of these various images together, creating multiple orderly worlds for the viewer to immerse themselves within. This is Simon’s storytelling, through her lens, that allows us into the worlds of her subjects. The trust that she has garnered from these individuals is palpable, and we see it in the pathos and victories that are in their gazes and body language. This trust was attained over years of having this unique access to celebrities and their circles, which is so rarely seen now. She developed and nurtured these relationships over years of shooting, to the point where her body of work is expansive and thorough. It covers so many categories of celebrity that it is impossible to fit the quantity of important moments and people that she has captured into one exhibition.

In announcing Chaos and Cosmos, FWA owner and curator Lauren Childs stated, “Being able to bring the work of Kate Simon to Fort Worth for her first major retrospective exhibition demonstrates what is and has been possible since we opened in Fort Worth. This gallery has produced magic and more dreams realized than I could have ever imagined upon inception. Bringing an internationally acclaimed photographer with Simon’s career trajectory from New York City to our gallery is truly exhilarating.”

It is impossible in a few words or even with several images to effectively sum up the ongoing work and extensive archive of Kate Simon. Kate has created many iconic photographs that have defined the subject and part of modern popular culture. The Clash on the cover of the debut album, Debbie Harry on the roof of her apartment, Bob Marley by the pool, David Bowie in the studio, Led Zeppelin rehearsing, The Sex Pistols fighting, Miles Davis contemplating, Patti Smith on a rocking horse, all captured in a singular timeless style. Intimate portraits of artists and writers from William Burroughs to Andy Warhol, Robert Rauschenberg to WH Auden, recent sittings with Iggy Pop and new work as a contributing editor to Interview Magazine continue to expand Kate’s unique archive. Kate’s photography has appeared on countless book jackets, record covers and in publications around the world, is displayed in museums and galleries in Europe and the US and in many private photographic collections. Her acclaimed book: Rebel Music: Bob Marley & Roots Reggae was published in a limited edition by Genesis Publications.

Kate Simon is a portrait photographer best known for her imagery of numerous artists, writers, and musicians from Andy Warhol, William S. Burroughs, to Iggy Pop. Kate has work in the permanent collections of The Museum of Modern Art, the National Portrait Gallery at the Smithsonian, The Metropolitan Museum of Art, and the Andy Warhol Museum. In 2004, Simon published a limited edition book of her photographs of Bob Marley and Jamaica titled: “Rebel Music”, with Genesis Publications. Kate has had exhibitions throughout her career beginning in 1981 with New York/New Wave at P.S. 1 all the way through her one-man show in honor of William S. Burroughs’ centennial at Show Studio in 2014.