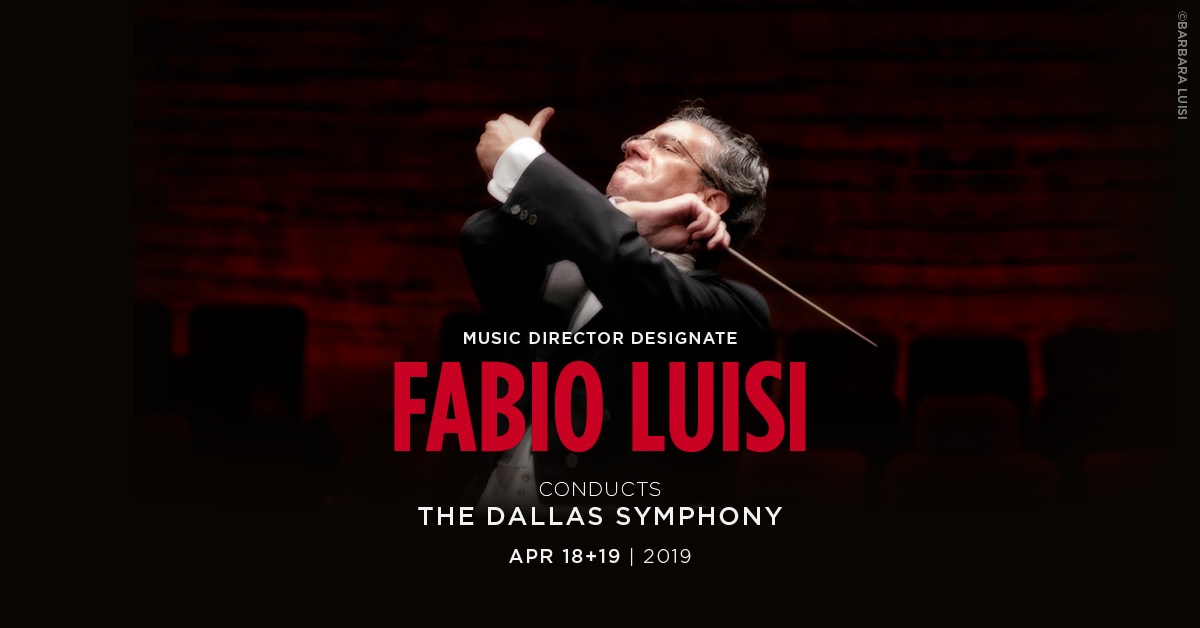 Join the DSO for a free, live-concert simulcast to be screened on Thursday, April 18, 2019, at Annette Strauss Square at the AT&T Performing Arts Center. The live performance at the Meyerson Symphony Center will mark conductor Fabio Luisi’s first appearance with the DSO since he was announced as the orchestra’s next Music Director.

The event is free, but RSVPs are recommended. This simulcast is the second of its kind in the orchestra’s history. The first DSO simulcast in September 2014 attracted over 2,300 visitors to Klyde Warren Park to enjoy the 2014 DSO Gala streamed live from the Meyerson. This will be the first time a full performance of a DSO concert will be made available via Facebook Live.

UPDATE: Fort Worth Musicians Can Get Grants Up To $5,000 For A Song