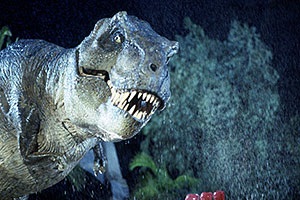 It’s one of the most thrilling science fiction adventures ever made, and it features one of John Williams’ most iconic and beloved musical scores. Jurassic Park transformed the movie-going experience for an entire generation and became the highest-grossing film of all time in 1993, winning three Academy Awards®. Experience this ground-breaking film as never before: projected in HD with the Fort Worth Symphony Orchestra performing Williams’ magnificent score live to picture. Welcome… to Jurassic Park!