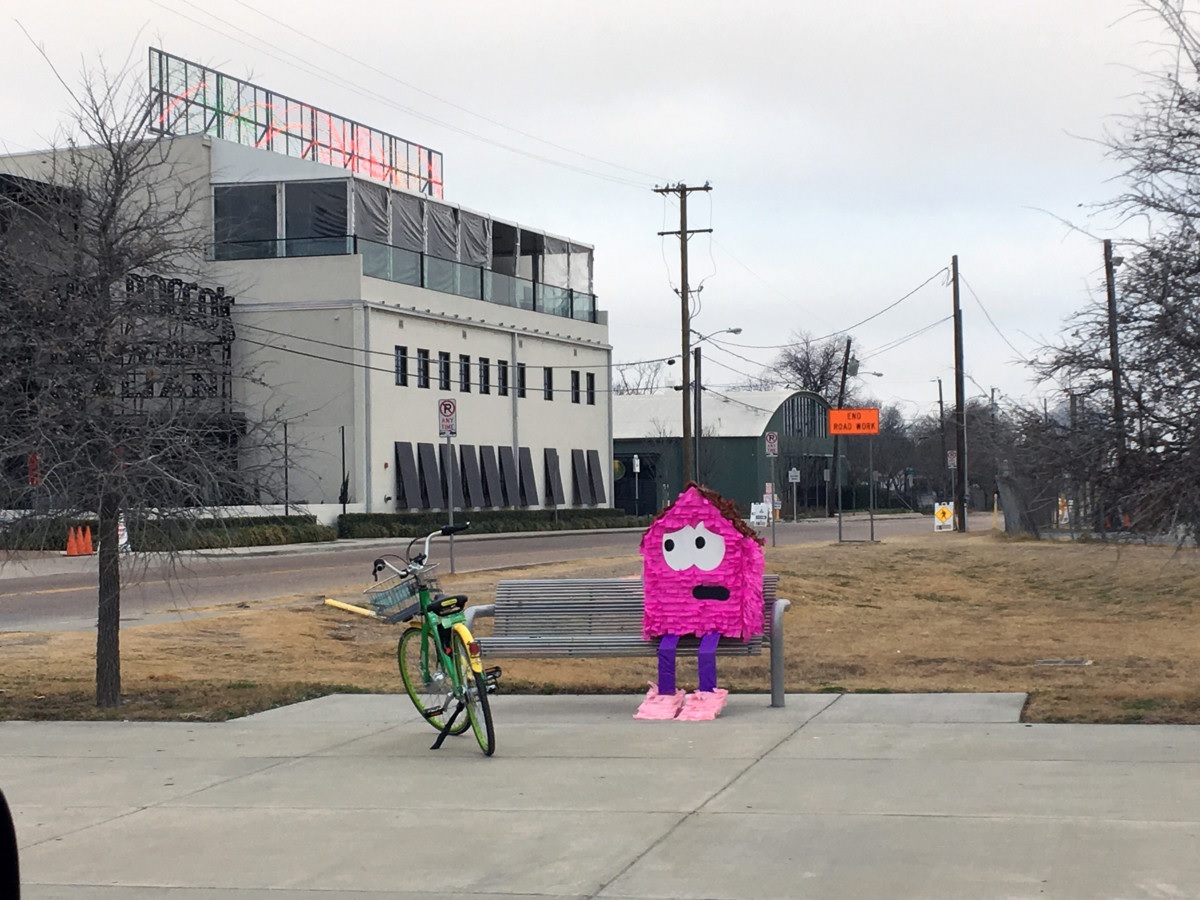 CYDONIA is pleased to announce Survival Politics, a solo exhibition by Giovanni Valderas. The Oak Cliff native provides a ‘close to home’ perspective for the gallery’s activist-themed programming for the 2018-2019 year. The reception will take place from 6PM to 8PM on Saturday, March 23. The exhibition runs from March 23 to May 18, 2019.

Survival Politics serves as a celebration and a reflection of Giovanni Valderas’s Casitas Triste project that began on Christmas Eve of 2017. Various mediums including photo documentation, sculpture, ‘social constructs’, and archived remnants of the guerrilla-style project will be presented to elucidate the geographical and emotional dimensions of Casitas Triste.  Located in the heart of Oak Cliff, the gallery seeks to transform into a gathering place for the community that the project empathizes towards.

Inspired by his Guatemalan history and culture, he chooses materials ranging from celebratory and culturally significant materials to more mundane, humble materials that are common-place to his surroundings. In his paintings or ‘social constructs’, indigenous fabrics, piñata crepe paper, slang, duct tape, cardboard, and wood are all interwoven. His material choices not only reflect his heritage but his democratic attitudes towards what comprises our social fabric.

Valderas cites Jose Vasconcelos, as a conceptual forefather on these kinds of attitudes and credits the Mexican Muralists as historical examples of how an artistic force helped power the cultural, economic, and political renaissance of post-revolution Mexico. Rather than adopting social realism, he implements more contemporary elements of popular culture, cultural iconography, and colors salient in the Latinx community. For Valderas,  art is a force that can affect the cultural and physical landscape of the community. He expands the borders of the gallery space - a place in which ideas are tested - to the neighborhood.

Akin to how the muralists shaped the story of the revolution on the walls of the public, Valderas has shaped a new dialogue of the housing crisis with his site-specific works. Deployed  in areas most starkly gentrified, the piñata houses are taut with both conceptual and pragmatic underpinnings. Ultimately, Casitas Triste tells the story of a vanishing community. The houses anthropomorphically depict the sentiments of a multigenerational community suffering displacement. Valderas developed the project to act as a catalyst from apathetic or unaware attitudes towards agency and volition. Viewers were able to participate in their community dialogue by sending a Christmas postcard titled “All I want for Christmas is Affordable Housing” to City Hall.

As a natural extension of his practice, Valderas has taken on the political mantel and is running for the Dallas City Council District 1 Seat. For him, this is an opportunity to represent the issues of his community and to foster creative and pragmatic solutions for the housing crisis and community issues at large. More importantly, his goal is to provide hope and let the people of Oak Cliff know that everyone deserves for their story to be heard.

Giovanni Valderas graduated from the College of Visual Arts & Design at the University of North Texas with a Master of Fine Arts in Drawing & Painting. He has taught at the University of North Texas, Richland, and Mountain View College. Valderas was also appointed Gallery Director at Mountain View College, and is now the Assistant Gallery Director at Kirk Hopper Fine Art. His work has been featured in the 2013 Texas Biennial, New American Paintings Magazine, issue #108 and #132, Impossible Geometries: Curated Works by Lauren Haynes at Field Projects in New York City, and 14x48.org’s temporary billboard public art project. Additionally, Valderas received the 2017 Moss/Chumley Award and a micro-grant from the Nasher Sculpture Center in Dallas for his Casitas Triste project. Most recently, Valderas finished his reappointment to the City of Dallas, Cultural Affairs Commission having served under Councilman Omar Narvaez. Valderas is currently running for Dallas City Council to represent the neighborhood he grew up in, Oak Cliff.