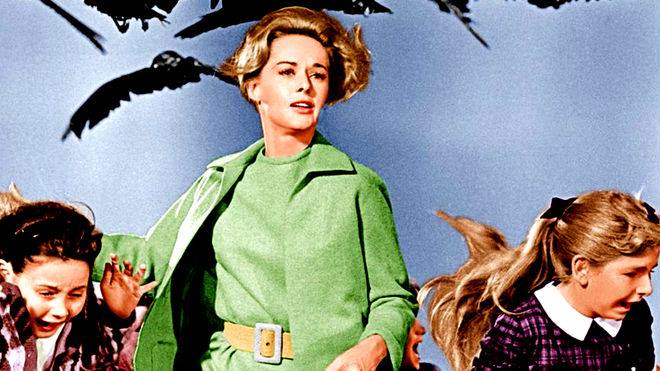 As part of the ongoing partnership between the legendary Texas Theatre and Dallas Neo-Classical Ballet, 'The Birds' will screen January 26 with pre-show by DNCB. The performance showcases work by Dallas-based visual artist, Jeff Gibbons.

'The Birds' by Jeff Gibbons, is an exploration into the psychology of Alfred Hitchcock’s iconic film, via dance, costume, and cross-referential characters, meant to subvert an implied fear of the unknown (represented by Hitchcock as killer birds) into a celebration of what Nietzsche referred to as amor fati (love of fate). Although the piece premiered at Dallas Neo-Classical Ballet's 2018 'Horror Series', this extended version will include parts never before seen. Hitchcock's 'The Birds' (1963) screens afterward in technicolor.

Visit jeffgibbons.net for more information on the guest artist.

ABOUT THE BIRDS:
The Birds is a 1963 American horror-thriller film directed and produced by Alfred Hitchcock, loosely based on the 1952 story of the same name by Daphne du Maurier. It focuses on a series of sudden, unexplained violent bird attacks on the people of Bodega Bay, California over the course of a few days.

The film stars Rod Taylor and Tippi Hedren (in her screen debut), supported by Jessica Tandy, Suzanne Pleshette and Veronica Cartwright. The screenplay is by Evan Hunter, who was told by Hitchcock to develop new characters and a more elaborate plot while keeping du Maurier's title and concept of unexplained bird attacks.

In 2016, The Birds was deemed "culturally, historically, or aesthetically significant" by the United States Library of Congress, and selected for preservation in its National Film Registry.