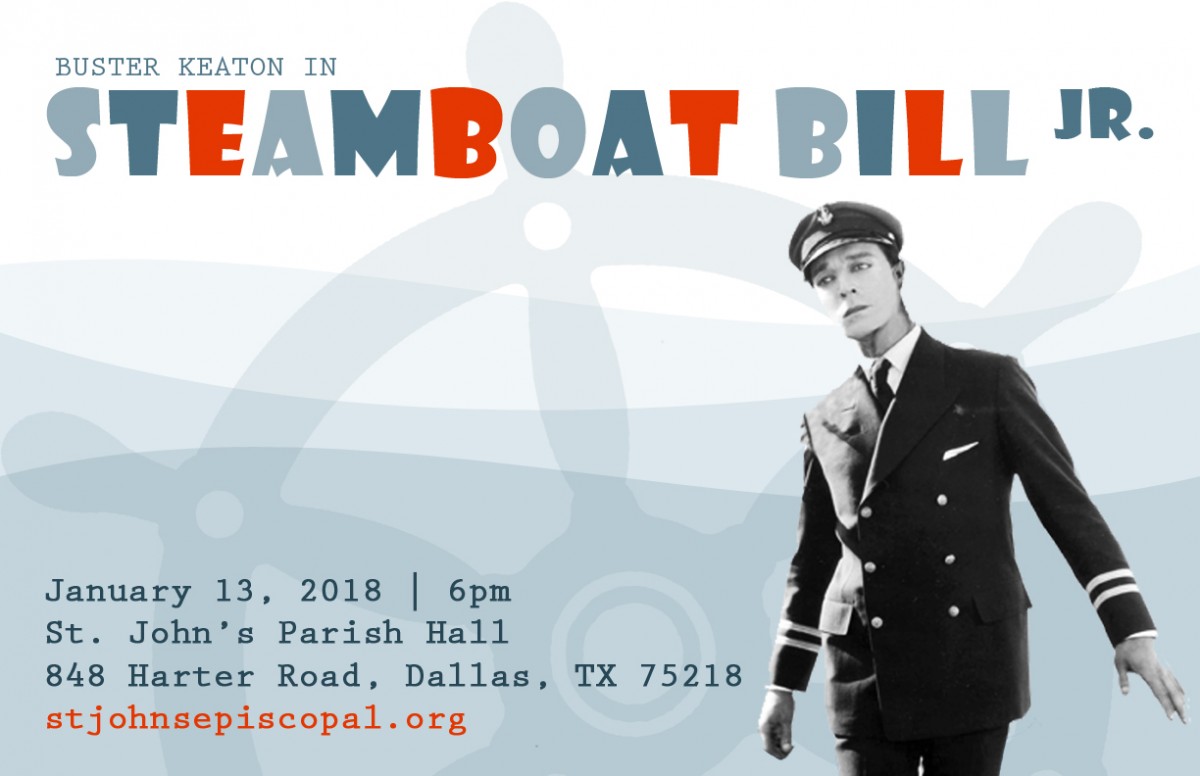 Buster Keaton’s hit silent comedy will be accompanied by organist Benjamin Kolodziej in the manner of the great 1920s moving picture palaces. This classic film, which inspired Walt Disney’s later short film Steamboat Willie, the first Mickey Mouse cartoon, humorously captures the travails of a long-lost son who strives to impress his father, whilst winning the heart of a girl. This is an event for the whole family, and popcorn will be served. St John's Episcopal Church is located at 848 Harter Rd, Dallas.