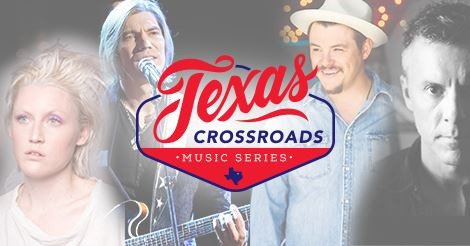 A quartet of acclaimed North Texas musicians will kick off the Texas Crossroads series with an acoustic, intimate concert on September 5 at Bass Performance Hall.

Among the performers will be Vaden Todd Lewis, lead singer of Fort Worth-raised punk-pop band The Toadies, easily the most popular rock group to emerge from Fort Worth in decades.

Acclaimed singer-songwriter Sarah Jaffe, who has shared the studio and stage with such musical luminaries as Norah Jones, Cyndi Lauper, Chelsea Wolfe and Midlake. The North Texan is touring behind her latest album, Bad Baby.

If you watch "The Voice," surely you know Austin Allsup. The Fort Worth native recently found success on season 11 of the hit NBC show. Before he graced millions of TVs across America, he had already become a staple of the Texas music scene, thanks to his gritty folk-rock anthems.

Rounding out the quartet will be rock-country-soul singer Josh Weathers. After taking a breather to focus his energies on the development of an orphanage and school in India, the Burleson native has returned to performing live.