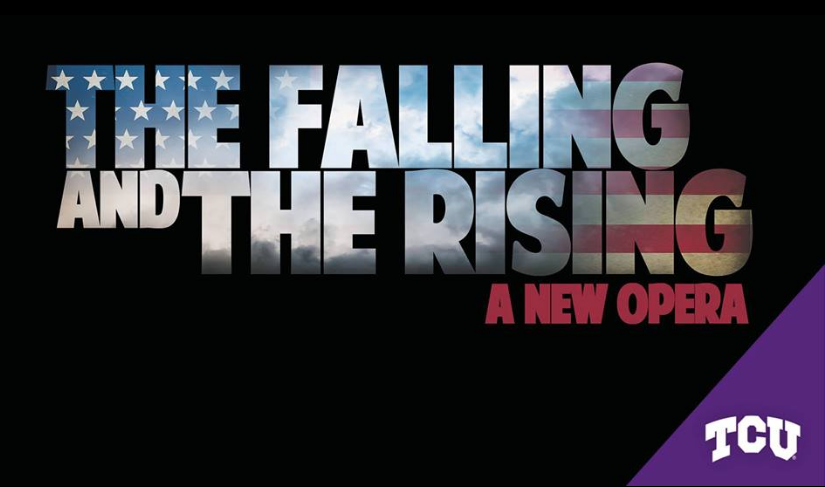 The Falling and The Rising

The world premiere opera “The Falling and The Rising” (by Zach Redler and Jerre Dye) will make its debut at Texas Christian University Ed Landreth Hall and Auditorium and run for five performances April 6th-8th. A joint production of TCU and US Army Field Band & Soldiers’ Chorus, the show was co-commissioned by the TCU and the Arizona Opera, San Diego Opera, Opera Memphis, and the initial staging was hosted at Seagle Music Colony, Seattle Opera and The Department of the Army. Seagle Music Colony is a developmental partner and hosted the initial staging of The Falling and The Rising.

The Falling and the Rising is pulled from a series of first-hand interviews conducted by the creative team together with Staff Sergeant Ben Hilgert at Walter Reed Military Medical Center, Fort George G. Meade and Joint Base Myer-Henderson Hall. From these compelling and candid accounts, Redler and Dye distilled a small cast of composite characters that represent in full their many inspiring interviewees. Centered around a strong female lead who has been put into a medically induced coma following an IED attack, the opera chronicles the soldier’s path toward healing through a series of dreamscapes punctuated with the lives and experiences of her fellow injured servicemen. Together they find community and comfort as they navigate their personal journeys toward healing and homecoming.

Adding to the profound experience, the TCU world premiere will include three performances featuring a cast comprised of members of the U.S. Army Chorus, while TCU opera students will tackle the remaining two.

The Falling and the Rising (by Zach Redler and Jerre Dye)
Address: 2800 South University Drive