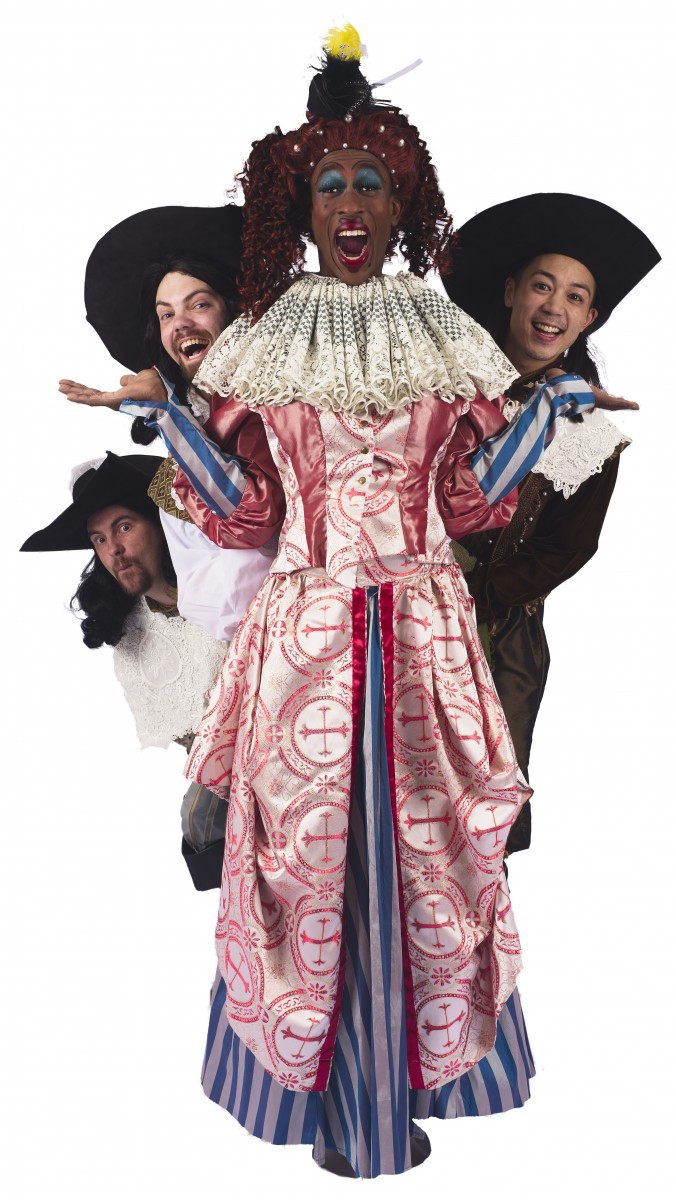 The Three Musketeers by Jackie Mellor-Guin

Theatre Britain presents the World Premiere of The Three Musketeers by Jackie Mellor-Guin, opening on Saturday, November 25 at the Cox Playhouse, 1517 H Avenue, Plano TX 75074 and running through December 30.

Cardinal Richelieu and Milady are plotting to overthrow the King of France and it’s up to D’Artagnan and the Three Musketeers to save the day. The classic story, told panto-style!

The Three Musketeers is a traditional British panto, a fairytale told in the style of melodrama. We encourage you to cheer for the good guys, boo and hiss the bad guys and join in with the characters on stage. It’s fabulous fun for the whole family.

Theatre Britain first introduced panto to the Metroplex in 1996. Many families from North Texas (and beyond) now consider it their holiday tradition.