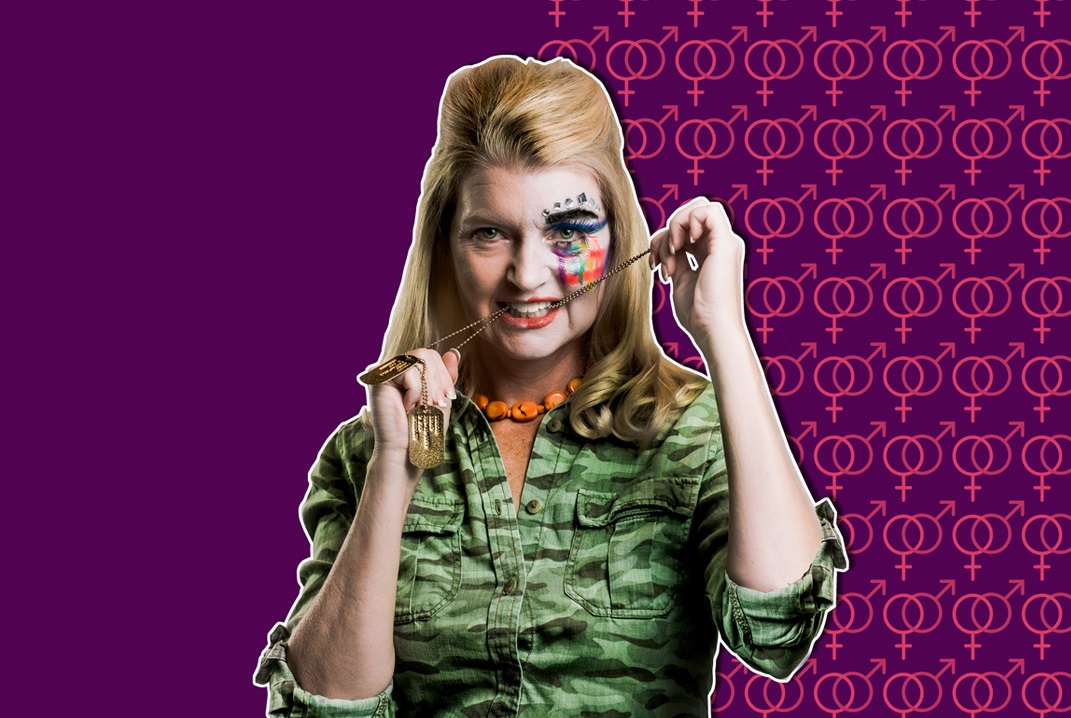 After returning from the wars, Isaac arrives at his childhood home to discover that the house and family he knew have been upended. His once-timid mother is on a whirlwind crusade to subvert the patriarchy, his sister is now his genderqueer brother who refers to hirself in gender-neutral pronouns. Meanwhile, his stroke-ridden father slumps on the couch in a muumuu and clown makeup. As Isaac attempts to reclaim structure in a household that refuses to be tamed, the family is forced to confront what it is to live in a new world when one is stuck in the past. (Hir is pronounced like /here/. It is a gender neutral pronoun.)