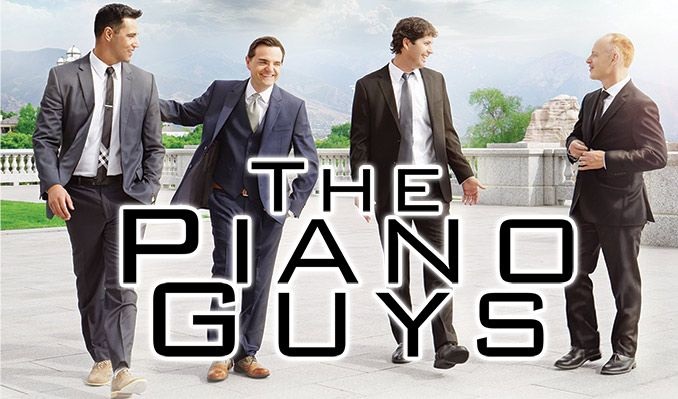 Hailing from Utah, The Piano Guys became an Internet sensation by way of their immensely successful series of strikingly original self-made music videos. They’ve made over 35 since joining forces in early 2011, including their hit video, an innovative 10-handed version of One Direction’s “What Makes You Beautiful.” But it’s the Guys’ highly original blend of classical music with pop that has really been the cause of an Internet phenomenon that brought them to their major label self-titled debut album released on Sony Music Masterworks in 2012.  This release was followed by their sophomore album, The Piano Guys 2, holiday album, A Family Christmas, Wonders, and recently released The Piano Guys Live! album all available now on Portrait, an imprint of Sony Music Masterworks.