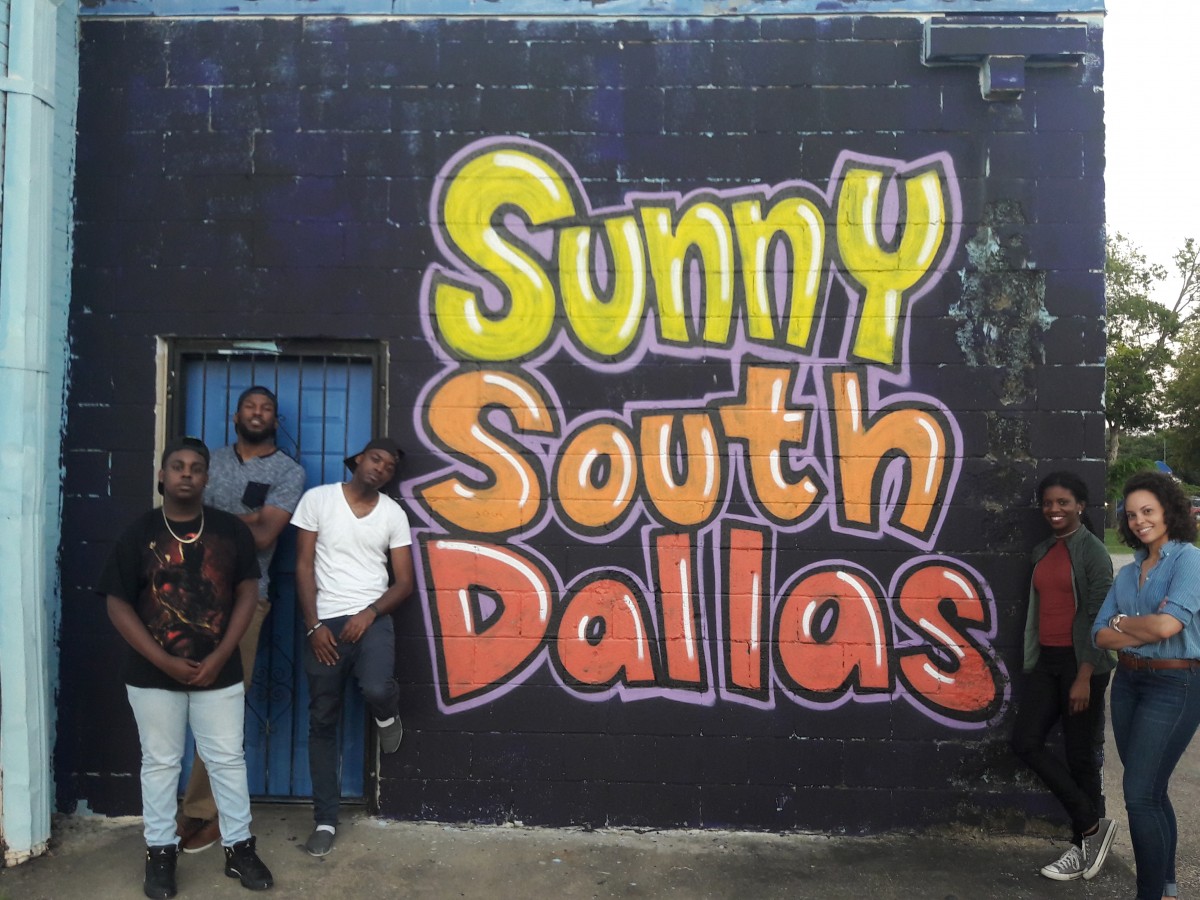 This unique festival, inspired by the history, myths, folk heroes, and present day happenings of the South Dallas community and Augusto Boal’s “theater of the oppressed” techniques, is sponsored in part by a generous Cultural Vitality Project grant from the City of Dallas Office of Cultural Affairs. Eight area playwrights including IV Amenti, Laneedra “Lulu” Cornelius (an alum of Booker T. Washington High School for the Performing and Visual Arts), Anyika McMillan-Herod, Chris Herod, Tonya Davis-Holloway, Emir Price (a student at BTWHSPVA), Keith Price, and dianne tucker, were commissioned to write the ten minute plays.

An ensemble of 15 local actors will perform the pieces that will be directed by IV Amenti, Anyika McMillan-Herod, Jiles King, Natalie King, Rene Miche’al, Dee Smith, and Jordan Story,  a recent graduate of BTWHSPVA. The plays explore a myriad of compelling “South Side Stories.” They include “Father Brown’s Vitality Tonic”, based on Father J. Von Brown, the eccentric South Dallas based preacher and activist from the 1950’s; “The House Special”, set at Wah Wah Chinese, a celebrated “hole in the wall” Chinese restaurant that’s operated for decades in the heart of the ‘hood; “Sunny South”, a piece that explores South Dallas’ Jewish heritage; “Praying With Your Legs”, a slice of life from renown activist, Diane Ragsdale’s story; “Ndidiniwe (fed up)”,  inspired by interviews with Julia Jordan, a long-time South Dallas resident and pioneer who passed away recently; “Capital”, based on the tragic DART rail murder of a 19 year old by a group of 12 and 13 year old boys; “Liberty Street”, a piece set in 1918 exploring the mercurial William Sidney Pittman, the first renown African-American architect who called Dallas home for most of his life; “Communion” explores the issue of homelessness in South Dallas’ tent city; “Black Boy Groove”, is inspired by an early hip hop group in the area; and “Juan Y Maria”, to be performed in Spanish and English, is the story of a current immigrant family residing in South Dallas.

Please note that on Thursday, August 3, the company will feature six of the new plays at two FREE “pop-up” performances throughout South Dallas beginning at 7 PM at the back parking lot of the Forest Theater, located at 1918 Martin Luther King, Jr. Boulevard, and 7:45 PM at Opportunity Park, located at 3105 PINE STREET at Malcolm X Boulevard.