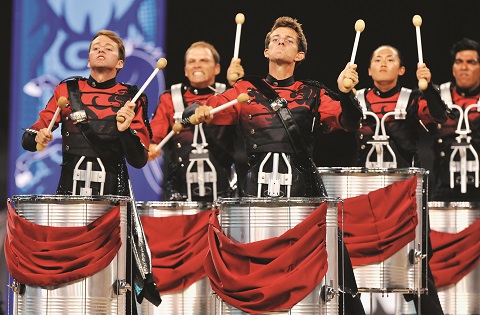 The best drum corps in the world return to North Texas on Monday, July 24 to compete at the 41st anniversary of Drum Corps International (DCI) Dallas. This is the only competition each year in the Dallas-Fort Worth region.

Please arrive early to locate parking. On-site paid parking is available and free remote parking is less than a mile from LHHS Stadium (signs will direct you). Free shuttles between remote parking and Wildcat Stadium are starting at 5:30 p.m.