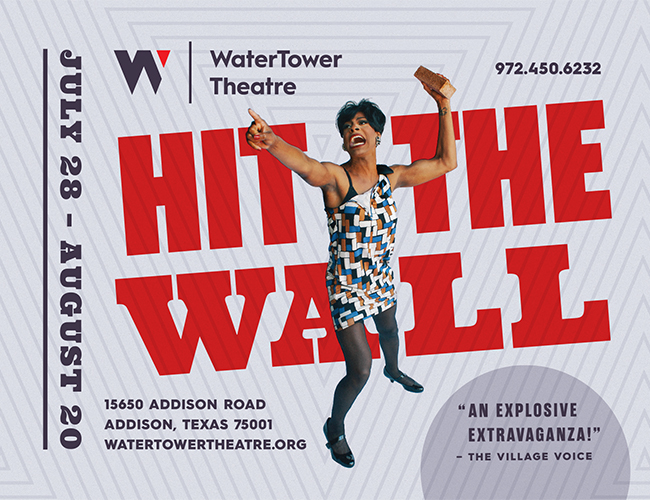 Hit the Wall by Ike Holter

Hit the Wall follows a diverse group of young New Yorkers as a joyful evening at a gay nightclub, following the death of the iconic Judy Garland, is brutally interrupted by a police raid that touches off days of violent protests. Hit the Wall premiered in 2012 at Chicago's famed Steppenwolf Theatre. Hit the Wall transports audiences to the Stonewall Riots in New York's Greenwich Village on June 27-28, 1969, when a routine police raid on an underground gay hotspot became a foundational moment for the modern gay rights movement. Featuring a howling live rock band that evokes the era's proto-punk music and fast-paced, sharp dialogue, the vivid theatrical re-imagination focuses on ten unlikely revolutionaries, each claiming in turn "I was there."