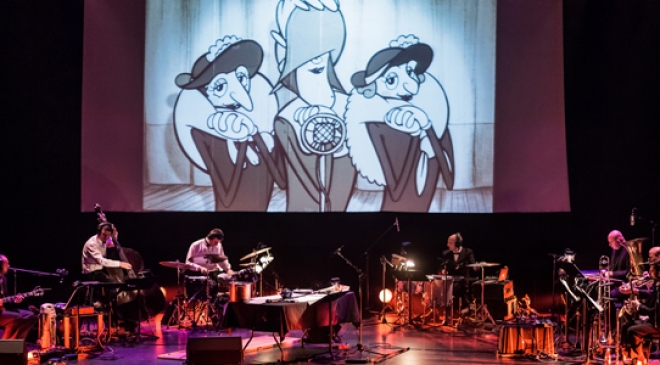 In 2003, the animated French feature The Triplets of Belleville swept the globe, racking up dozens of awards and nominations — not to mention the hearts of countless admirers — along the way. Much of it came down to the Oscar-nominated score by Benoit Charest, which grabbed audiences by the ears and dragged them into the streets of 1920s Paris and Le Jazz Hot. Benoit is back; with Le Terrible Orchestre de Belleville he recreates live the original score as the film itself is beamed onto the big screen.

Saddle up for the misadventures of a kidnapped Tour de France cyclist, his would-be rescuer grandmother and the titular trio of larger-than-life divas, all accompanied by the speakeasy slick sounds of un orchestre sans pareil onto the big screen. Fun for the entire family.