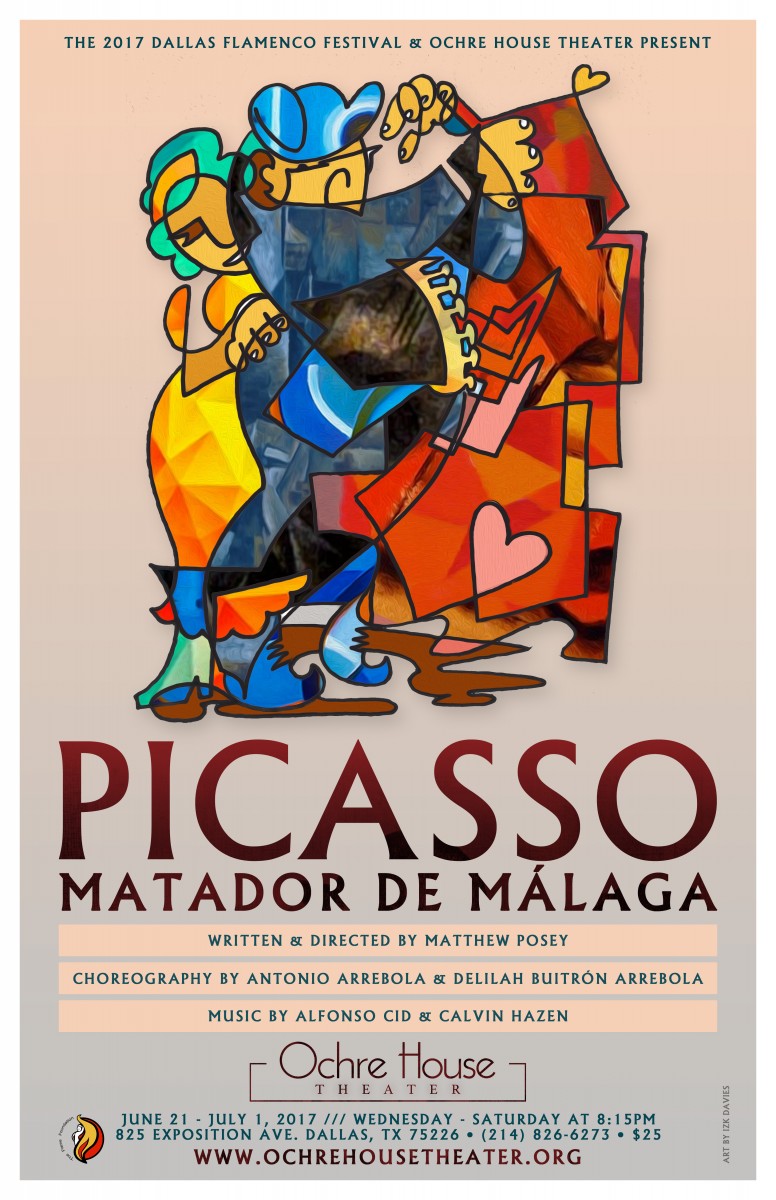 PICASSO: MATADOR DE MÁLAGA, written and directed by Matthew Posey, and in collaboration with the acclaimed 2017 Dallas Flamenco Festival, is a journey into the rich mind of Pablo Picasso, one of the 20th century's most iconic and famous painters. With a mind filled with Saints, Monsters and Lovers, Picasso was driven to express his unique view of the world into a new form and style of painting that changed the face of art. His inspiration came from the vibrant world around him. He was tortured by the loss of his little sister from cholera as a child, but from his adventures from Málaga to Paris and around the world, and from his torrid love affairs and marriages, Picasso read the world as a Matador reads the movement of a Bull. World class Flamencos, Antonio Arrebola (Bailaor) and Delilah Arrebola (Bailaora), Alfonso Cid (Cantaor), Calvin Hazen (Guitarrista), and an ensemble of Dallas’ finest actors, create a visual and aural feast of vignettes that paint the unforgettable life force of the true Matador of Málaga, Pablo Picasso. Running June 21 - July 1, 2017, at 8:15. Plus 2:30pm on Saturdays.