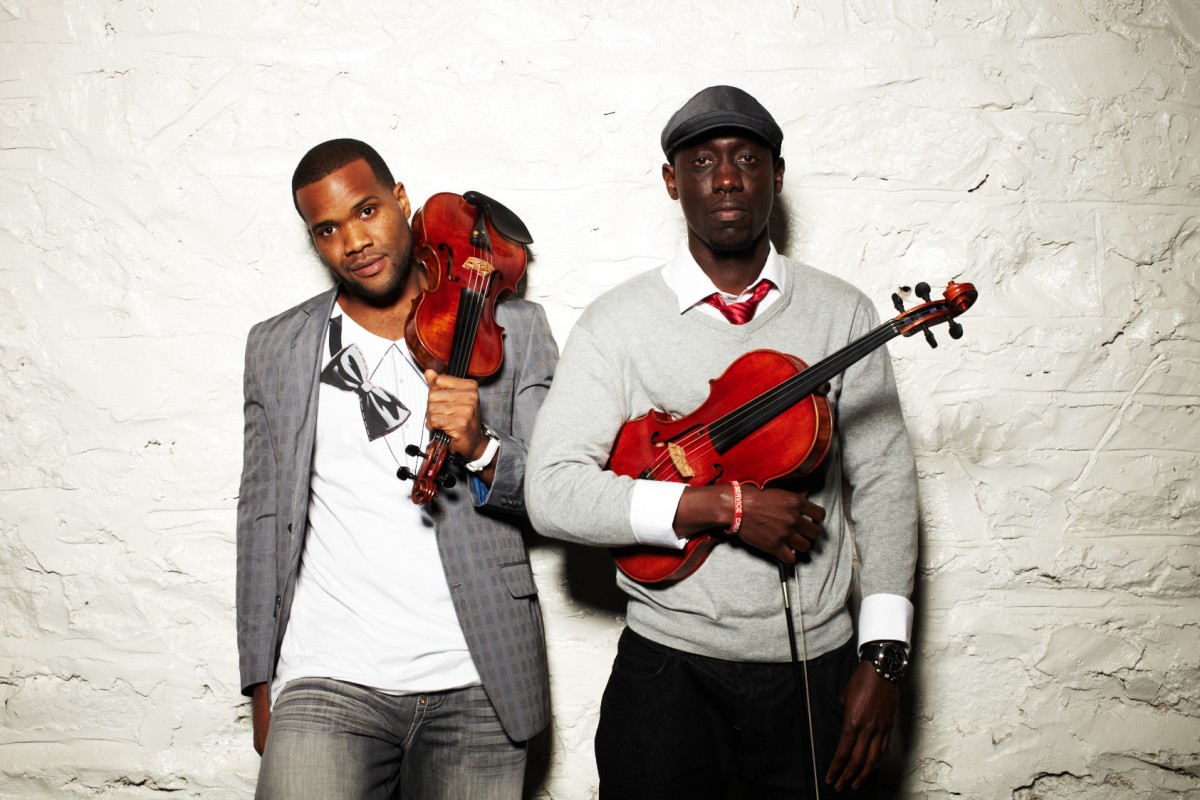 Black Violin is the blend of classical, hip-hop, rock, R&B, and bluegrass music. Live, they are accompanied by their incredible band, featuring ace turntable whiz DJ SPS and a drummer. Named one of the hottest bands at SXSW in 2013, Black Violin was invited to perform at Bonnaroo and returned to SXSW to SRO crowds.

“Black Violin works hard, but makes it all look like play… Sometimes they play with the intense seriousness of orchestral soloists; at others they fiddle as if at a hoedown; at still others they strum the violin and viola like guitars.” New York Times

Since starting Black Violin a decade ago Wil Baptiste and Kevin “Kev Marcus” Sylvester have performed an average of 200 shows a year in 49 states and 36 countries as far away as Dubai, Prague and South Africa, while appearing at official NFL celebrations for three Super Bowls and the U.S. Open in Forest Hills with Jordin Sparks. Their groundbreaking collaboration has seen them play their music for everybody from the troops in Iraq to both the official President’s Inaugural Ball and the Kids Inaugural in Washington, DC, where Barack Obama himself gave each a hearty hand-shake.  Individually and together, Black Violin has collaborated with the likes of P. Diddy, Kanye West, 50 Cent, Tom Petty, Aerosmith, Aretha Franklin and The Eagles.