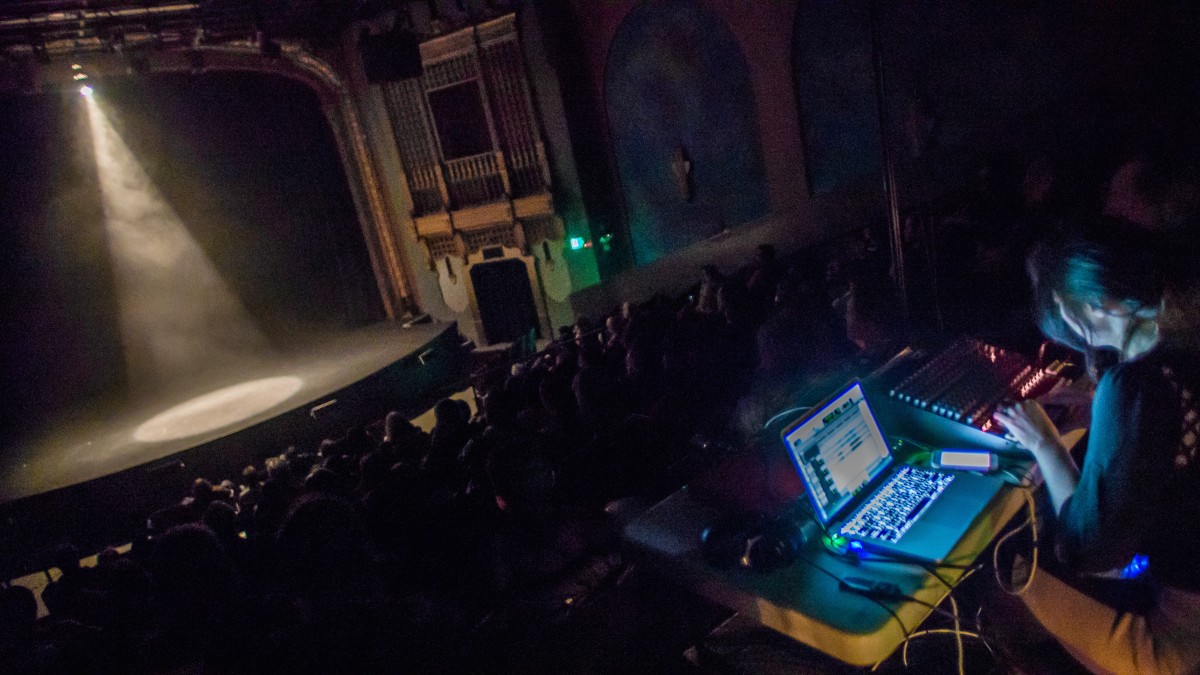 Mental-drift and ex mus present Chicago based composer and sound artist Olivia Block Performing Aberration of Light, her highly acclaimed 2015 multi-channel composition in surround sound and in the dark

On February 20th the Dallas born and raised Block will make a rare appearance performing a live version of her unique sonic sound work entitled Aberration of Light at the newly opened Deep Vellum Bookstore and Publishing space. Originally conceived as an expanded cinema collaboration including filmless 35-millimeter projectors, Block will present a version of this piece in the darkened venue with 4 speakers surrounding the audience with sound and subtle lighting effects. It is music that both envelops the listener with its motion and physicality and draws them in to its subtle textures and detail.

Block has performed at numerous international festivals and has released her work on Erstwhile, Sedimental, 12K and many other labels. She most recently executed a major multi-channel sound installation that ran for consecutive weekends in November at the Pritzker Pavilion in Millennium Park, Chicago. Last month she was featured in two parts on NPR as part of the Composers in Their Own Words series.

“As rigorously assembled, finely detailed and dramatically taut as any modern composition you might care to name, …evoking a dreamlike story without words.” – The New York Times

Dallas based Derek Rogers has established himself in the experimental and digital underground with an array of astonishing releases on many national and international labels over the past five years. His carefully assembled sound works draw from many sources both sonically and topically.