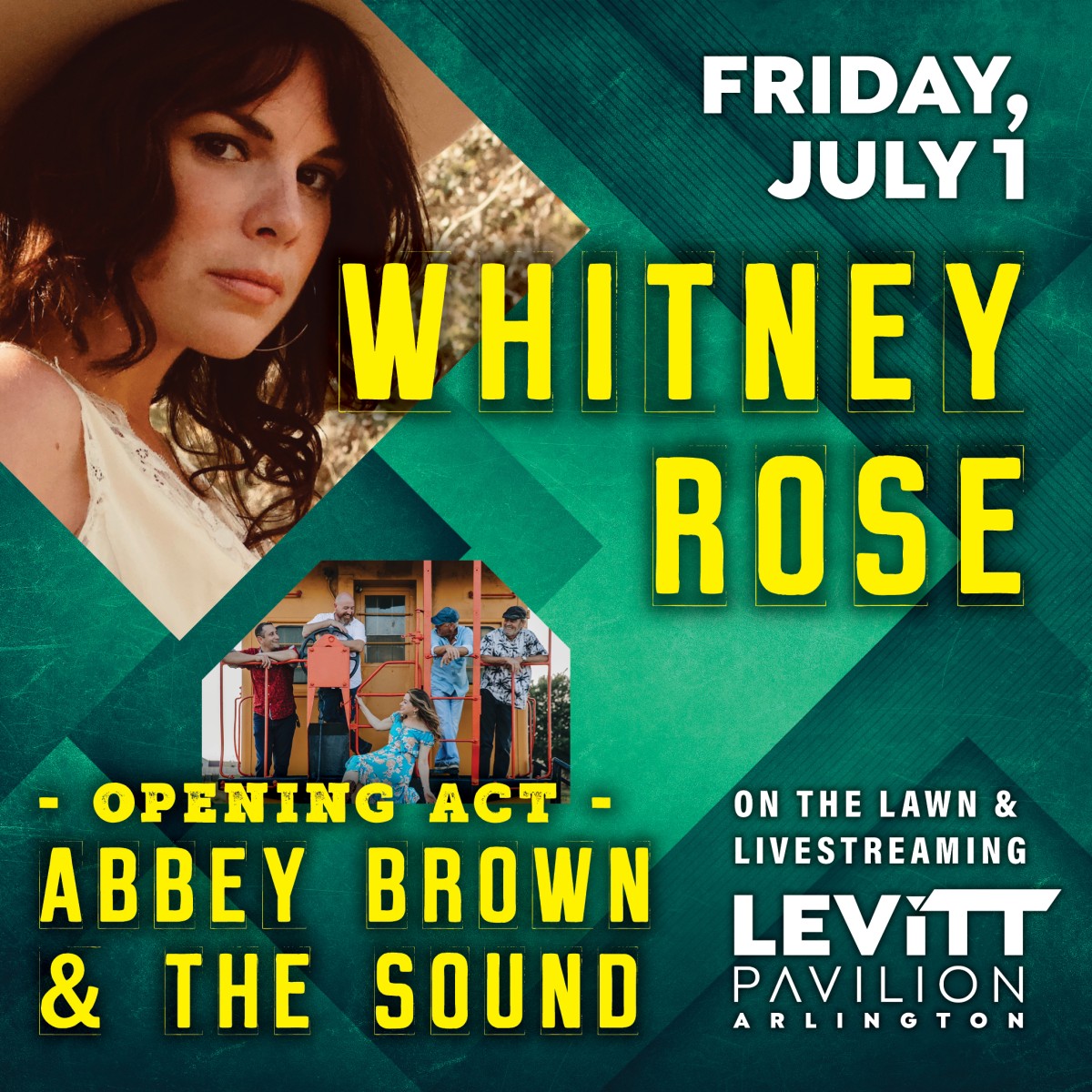 Live at the Levitt: Country, Bluegrass, and Americana (Whitney Rose and Abbey Brown)

Soulful-voiced Whitney Rose is a Canadian-American country music artist, but her heart and residence is currently in Austin. Whitney’s perfectly blended pop-and-country retro sound has been influenced by the likes of Johnny Cash and Hank Williams; listening to her will transport you back to Nashville in the ‘60s. “Rule 62”, her third studio album, garnered widespread acclaim when it was released in 2017, including “All Music Best Album”, “Wide Open Country 25 Best Album” and “Yahoo! Music Best Country Albums” designations. The Levitt is excited to welcome this talented artist for what’s sure to be a wonderful performance.

Opening for Whitney Rose is Abbey Brown & The Sound, a country/Americana/bluegrass band from Fort Worth-Arlington that began when Abbey walked into the Red Dog Saloon on Open Mic Night and asked the band if they knew any Lucinda Williams or Patsy Cline. Not only did the band impress Abbey by knowing some of her favorite songs, Abbey impressed the band with her excellent vocal styling and singing—and thus Abbey Brown & The Sound was born. Since that time, the band has played a number of live shows and gained the foundation of a strong fan base; currently, they’re working on their first EP while continuing to gig.

This Friday night of FREE live music is brought to you by Baylor, Scott & White Orthopedic and Spine Hospital - Arlington and the Arlington Tomorrow Foundation. No ticket required, lawn chairs and coolers are welcome, and fun is guaranteed!