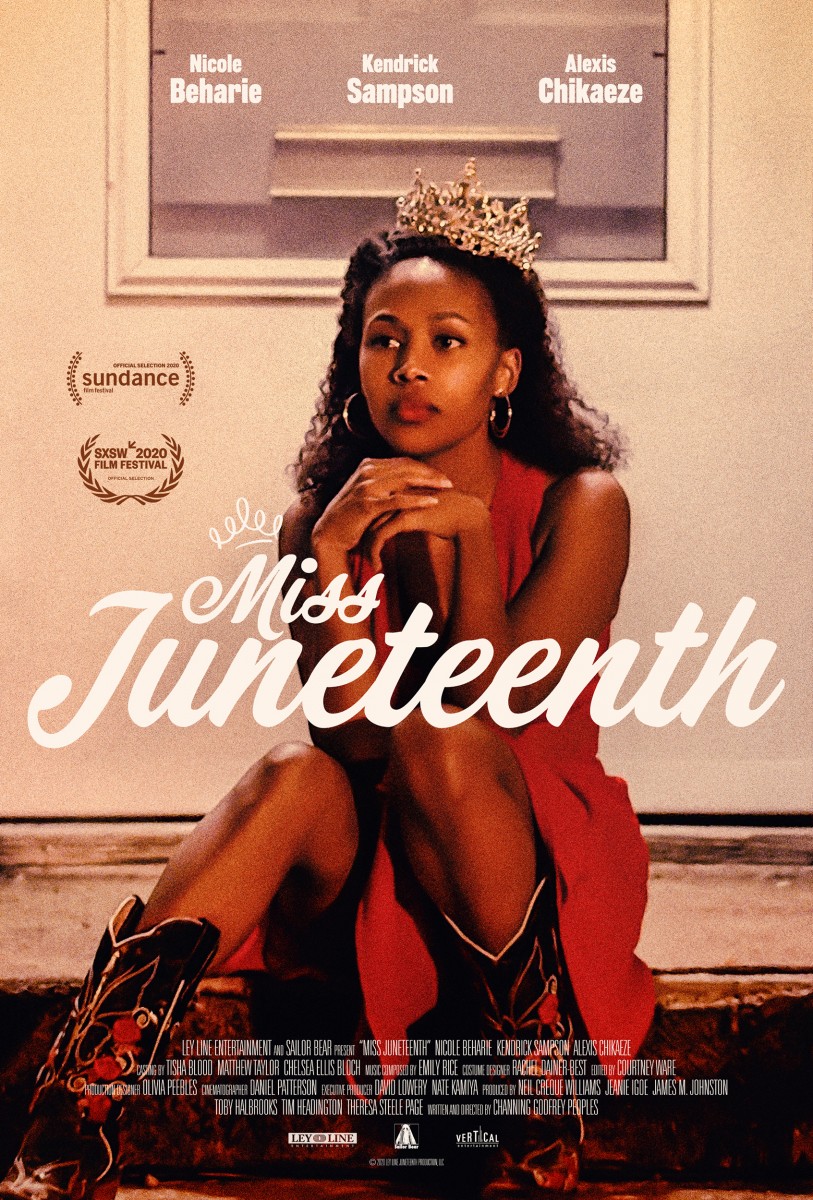 Turquoise Jones is a single mom who holds down a household, a rebellious teenager, and pretty much everything that goes down at Wayman’s BBQ & Lounge. Turquoise is also a bona fide beauty queen—she was once crowned Miss Juneteenth, a title commemorating the day slavery was abolished in Texas. Life didn’t turn out as beautifully as the title promised, but Turquoise, determined to right her wrongs, is cultivating her daughter, Kai, to become Miss Juneteenth, even if Kai wants something else.

Fort Worth filmmaker Director Channing Godfrey Peoples has created a film that draws us deep into a honey-bourbon South that is rich with heat, sincerity, and thick, Texan charm. In its center is an undeniable performance by Nicole Beharie as Turquoise, a woman radiating elegance as she strives to survive while finding ways to thrive. Miss Juneteenth is a soulful journey of a determined woman who takes on the burden of representing history, and generations of black women, while standing tall despite her own shortcomings as she marches, step by step, toward self-realization.