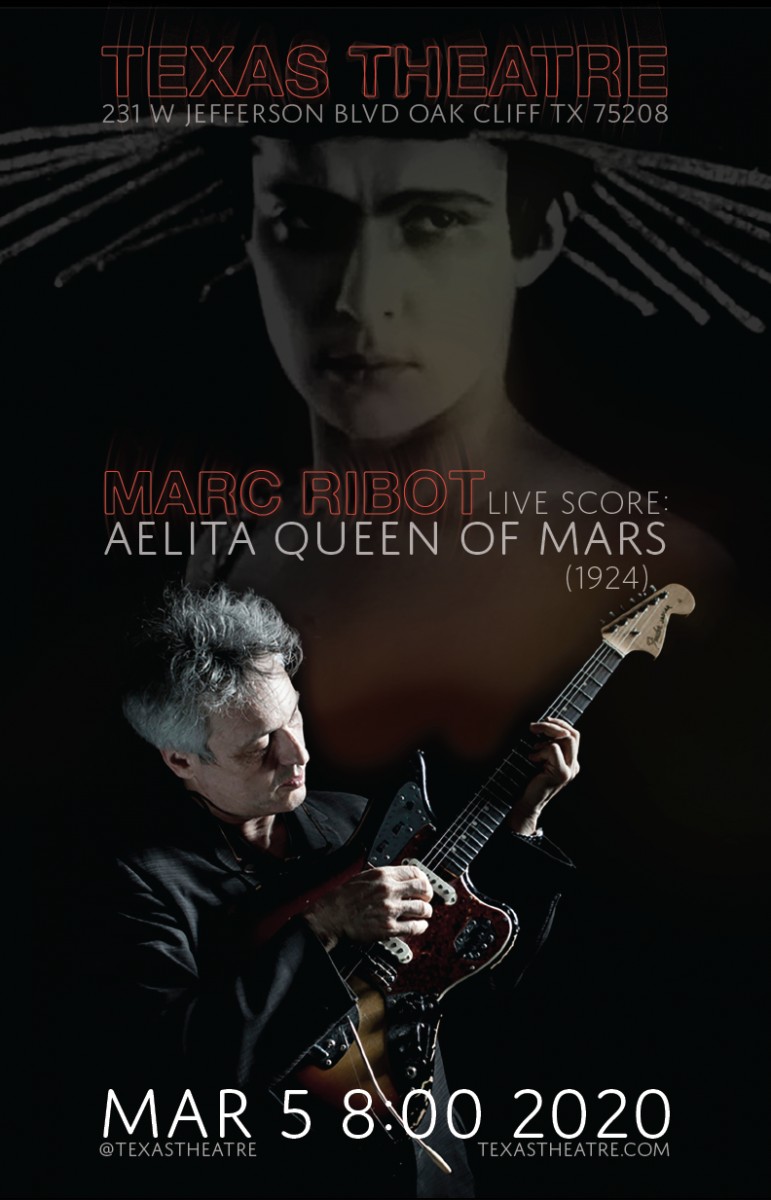 Said to be the first full-length science fiction movie ever made, Aelita: Queen of Mars (1924) is an influential film about space travel by the Soviet filmmaker Yakov Protazanov and is re-imagined by avant guitarist Marc Ribot, (guitarist for Tom Waits, Elvis Costello, and John Zorn and the films of Jim Jarmusch & Martin Scorsese) Live on stage!