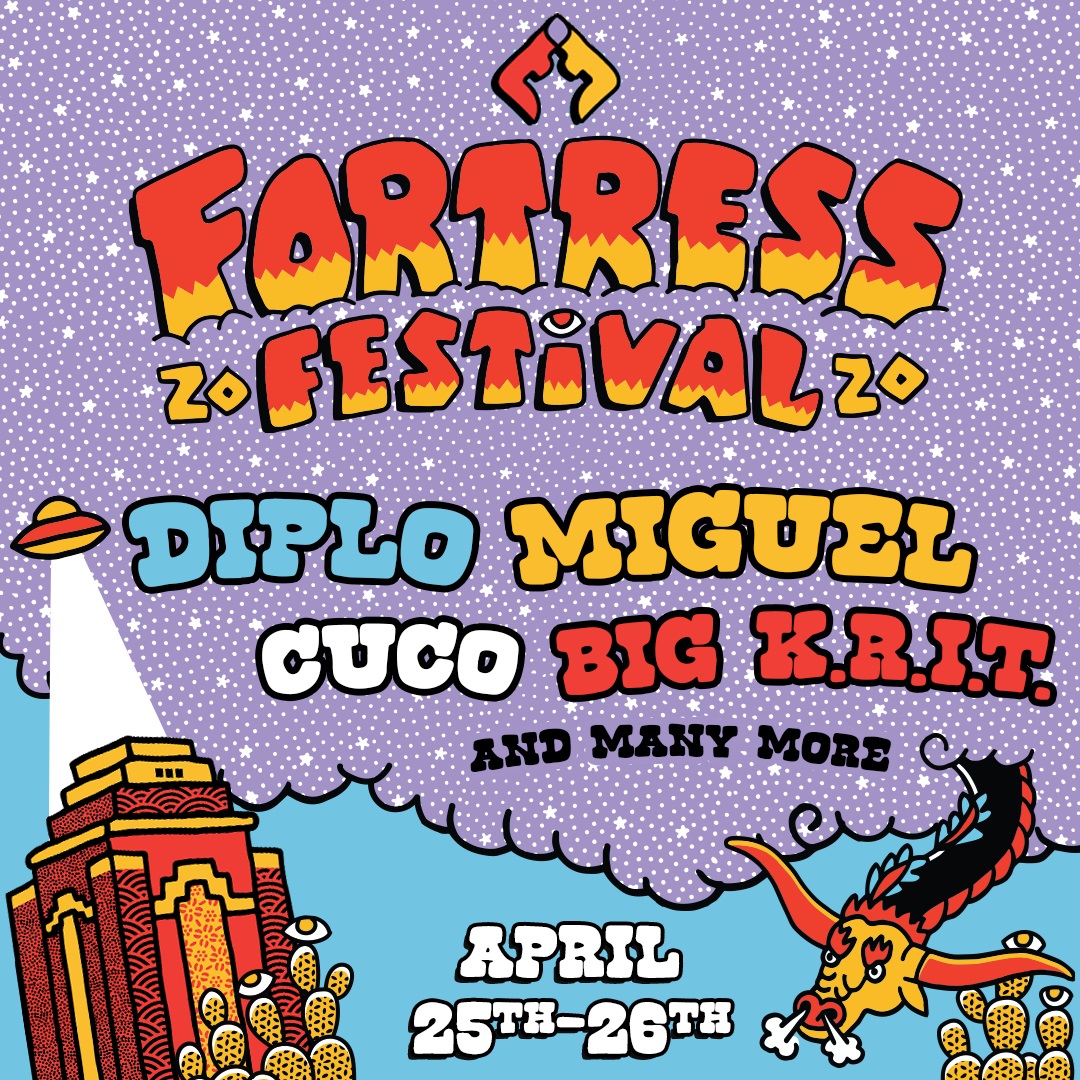 UPDATE: The fourth annual music festival will be postponed and rescheduled from its original dates of April 25-26. All tickets for the April event will be honored for soon-to-be-announced rescheduled dates.

Following a sold-out third edition, the fourth annual Fortress Festival returns to Fort Worth on April 25 & 26, 2020. Since the inaugural event in 2017, Fortress Festival has been included as a top North American festival by local, regional and national publications such as People, Harper's Bazaar, USA Today, PopSugar, Texas Monthly & more.

Over three editions, the festival has brought internationally touring acts to Fort Worth such as CHVRCHES, Rae Sremmurd, Leon Bridges, Run the Jewels, Purity Ring, Flying Lotus, Nathaniel Rateliff and the Night Sweats, De la Soul and many more. In its fourth year, the festival will continue this tradition as well as expand into new frontiers to further enhance a multi-disciplinary experience for attendees.

Continuing the tradition from past years, both GA and VIP festival passes offer FREE access to the Modern’s galleries during the festival, including exclusive late-night access.

Serious Themes Behind The Trippy Spectacle of Aurora

Art&Seek Jr: Welcome The Year Of The Rat With These Lunar New Year Events