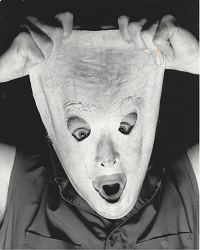 Stuff As Dreams Are Made On

Internationally acclaimed theatre artist Fred Curchack performs Shakespeare’s The Tempest changed into something rich and strange. Fred has created seventy-eight original theatre pieces (fifty-one ensemble works and twenty-seven solos). Stuff As Dreams Are Made On was featured at dozens of international theatre festivals (Next Wave-BAM, Theatre of Nations, Theater der Welt, Theatre des Ameriques…). It received the Gold Medal at the International Festival of Solo Theatre, the American Theatre Wing Award, and it has been “Best of the week” in the L.A. Times, “Top ten of the year” in The New York Times, “Top ten of the decade” in the Austin Chronicle, and “Top ten of all-time” in The Dallas Morning News.

500X Gallery Will Open Its New Space With 12 Black Artists

Bah Humbug! No Nutcracker This Year