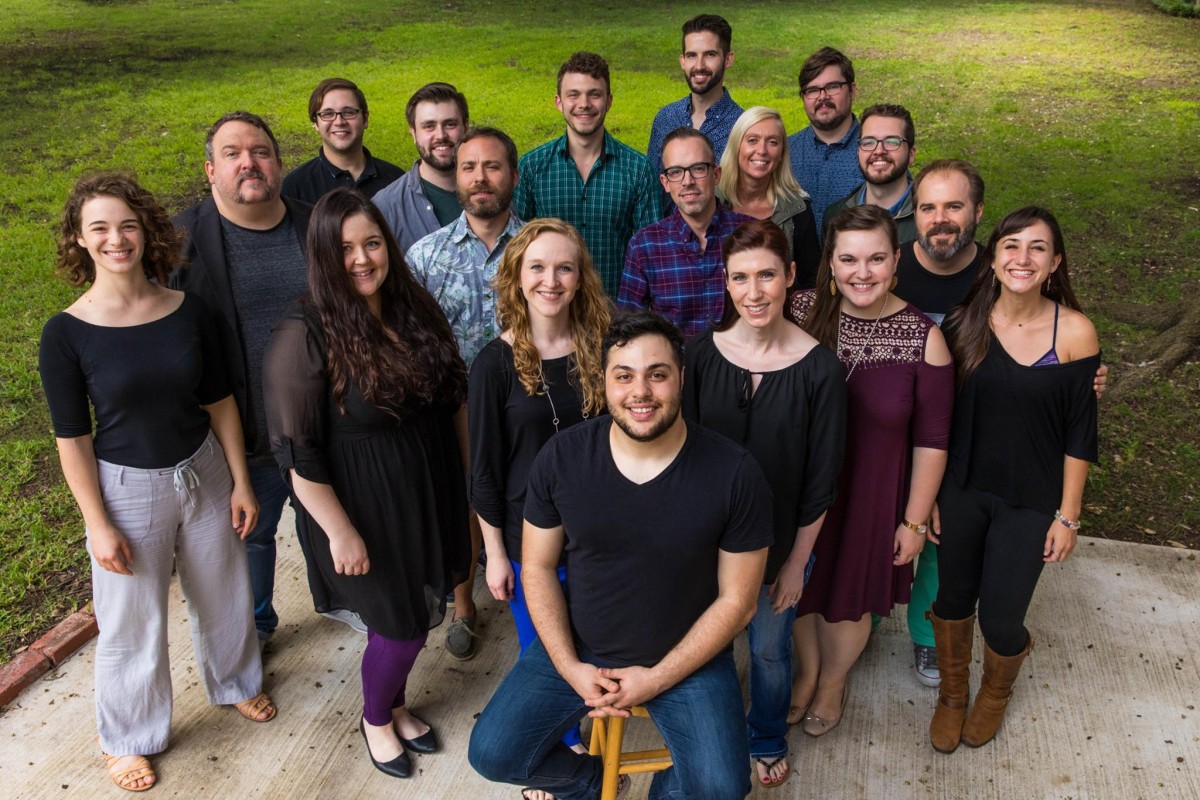 Founded in 2017, Verdigris Ensemble has quickly established itself as “among the most creative and effective storytellers in North Texas” (TheaterJones) and the “crème de la crème of the area’s professional choral voices” (Dallas Morning News). the Dallas-based professional choir is dedicated to bringing choral music to the modern audience through creative concert programming, unconventional use of space, and collaboration. Focusing on story-driven musical narratives, the Verdigris Ensemble commissions new works, collaborates with interdisciplinary artists, inspires new audiences, and invests in the next generation of musicians.

Verdigris Ensemble has been hailed by audiences and critics for its ability to deeply engage audiences. Its performance of the Pulitzer Prize-winning Anthracite Fields, in collaboration with world-renowned Bang on a Can All-Stars, Julia Wolfe, and SOLUNA Festival, was hailed as “powerful” (Dallas Morning News) and performed with “brilliant cohesion.” (TheaterJones)

Enrich our community by gathering musicians from around the country to perform diverse choral music at the highest level.
Inspire audiences through innovative choral programming that engages more than just the ear of the listener.
Invest in the next generation of musicians, offering free concert admission to students and teachers of music and engaging school music programs through educational outreach.