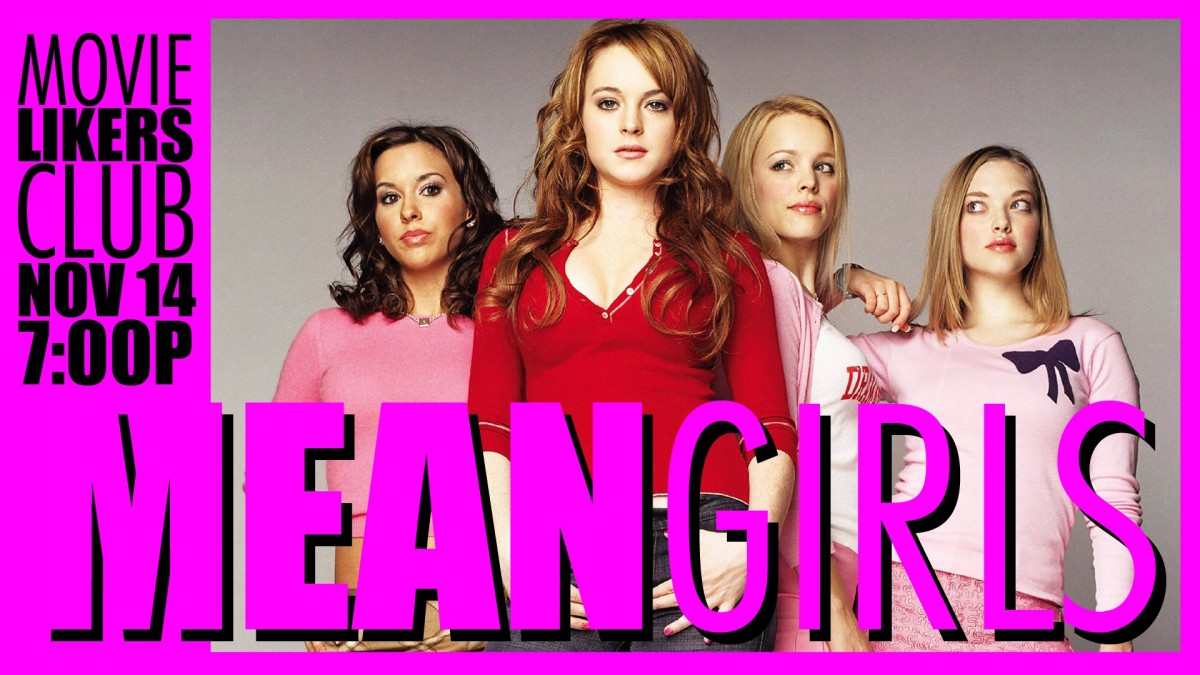 Get ready for a roast of one of the most quotable movies of the early aughts - Mean Girls!

Mean Girls, written by Tina Fey, produced by Lorne Michaels, and starring Lindsay Lohan, Rachel McAdams, and Amanda Seyfried is chock full of former SNL cast members. With smart and clever comedy at its core, the movie tells the story of Cady Heron, a girl who gets catapulted from being homeschooled in Africa to learning the ins and outs of Illinois public school. Boyfriend stealing, backstabbing, and animal jungle sequence chaos ensues. Mean Girls is well loved by both moviegoers and critics, and has spawned a sequel (Mean Girls 2), a (fake) National Holiday, and a Broadway production. Dallas’ own Movie Likers Guild has decided to poke fun at the film with all the love and humor in their hearts – join us for an entertaining night celebrating all things Mean Girls. – We aren’t laughing at you, We’re laughing with you! –

Activities: Sign the Burn Book and purchase Candy Cane-Grams for all of your friends. Get your 2019 YEARBOOK PHOTO taken by CHRIS GREEN PHOTOGRAPHY. Costumes are encouraged!

The Movie Likers Guild is a group of comedians from across DFW who come together to make fun of movies that they love, while they watch them. The guild is led by your hosts Ryan Goldsberry and Darcy Armstrong. Ryan Goldsberry writes, teaches, performs and directs improv, standup and sketch comedy in Dallas, and has performed in the Orange County Improv Festival, the Vancouver Improv Festival, and the Third Coast Improv Festival in Nashville (plus many more). Darcy Armstrong currently produces two live shows in Dallas, Character Night and Who-lebrity Game Night; she’s written numerous sketch shows and has bylines at Reductress. Joining them this show will be Guild members: Tab Parker, a performer, director and teacher with 18 years of comedy experience, an alumni of the Second City Conservatory, iO Chicago, The Annoyance, and Four Day Weekend, and John Sprigg, an improviser and teacher who has been performing comedy all over DFW since 2015.