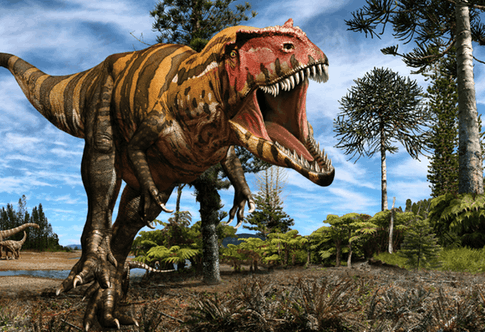 These are not your old-school dinosaurs! Based on groundbreaking research from scientists around the world, Ultimate Dinosaurs reveals rarely seen, exotic species from the other side of the world. From the tiny Eoraptor to the massive Giganotosaurus (T. rex's bigger, badder cousin), the exhibition is a fascinating introduction to 17 dinosaurs that are unfamiliar to most North Americans. Presented locally by Highland Capital Management and supported by Hilton’s “Explore Like a Local” program, Ultimate Dinosaurs tells the story of the break-up of supercontinent Pangaea into today’s continents and the amazing diversity of dinosaur species that evolved as a result. Highlights include 15 fully articulated dinosaur casts, more than a dozen prehistoric specimens, augmented reality to experience the dinosaurs in the flesh, touchable fossilized dinosaur specimens, hands-on play spaces featuring miniature dinosaur dioramas and more. Ultimate Dinosaurs will run June 23, 2018-Jan. 6, 2019. Member preview days are June 21-22. Presented by the Science Museum of Minnesota in English and French (with a Spanish audio guide available), Ultimate Dinosaurs requires a surcharge for members and non-members.