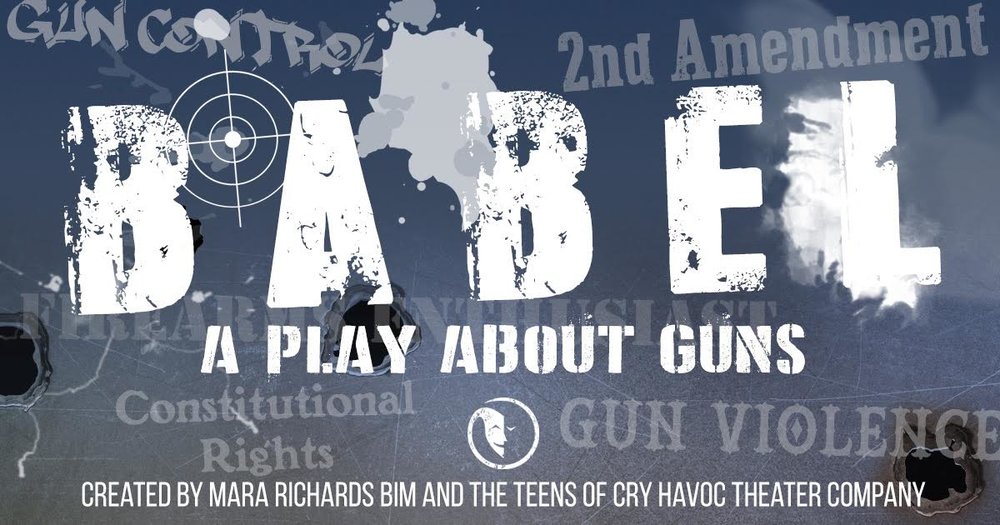 Babel: A Play About Guns

In our highly politicized environment, conversations about gun ownership and gun control go nowhere. In fact, the very words used to discuss guns in America shut down the conversation between people on opposite sides of the debate. It is as if we are living in Babel, in a state of confusion, unable to get anywhere or to understand one another. What would happen if we sat down and listened to each other?

Following the success of Shots Fired, the acclaimed documentary theatre piece about the 2016 Dallas Police shootings, Cry Havoc Theater Companyis creating a new documentary work that examines gun violence in America. For Babel, the company will travel locally and nationally collecting interviews from voices on multiple sides of the gun ownership/gun violence debate. Those interviews, along with the teens' reflections on them, will offer a glimpse into the emotionally charged, national conversation.

This is the third season of the Elevator Project, which started in 2014 to provide much-needed performance space in the Arts District for small and emerging Dallas-based performing arts groups. The Center presents this innovative series with support from the City of Dallas Office of Cultural Affairs.