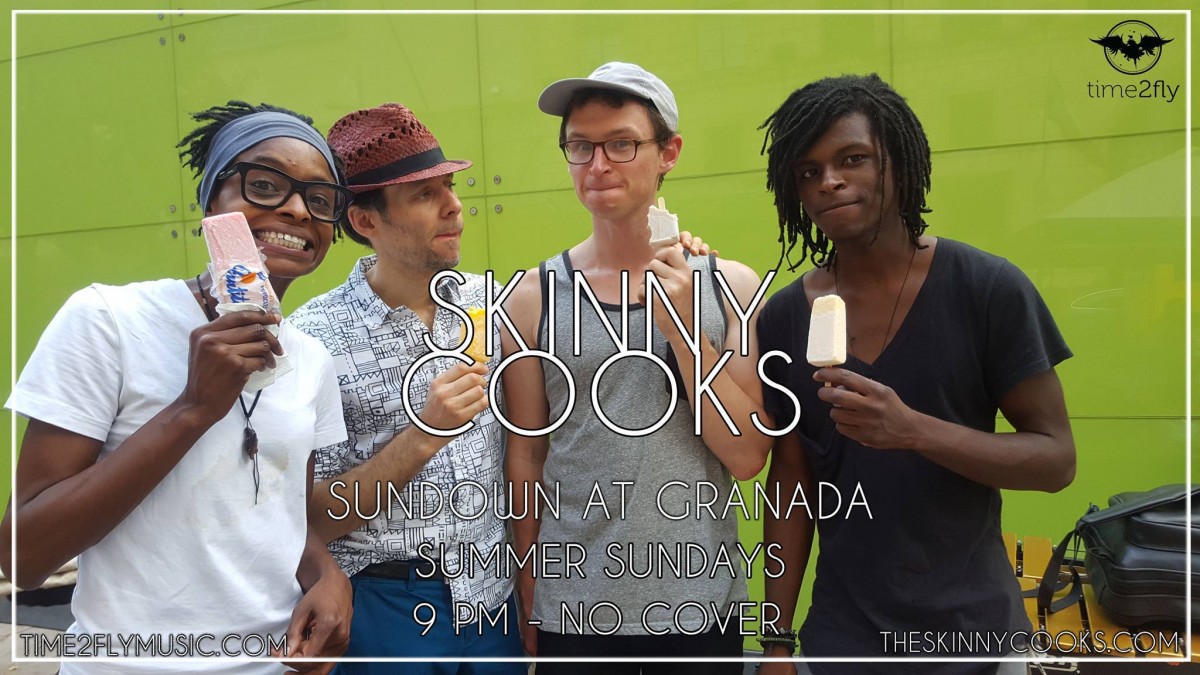 This event is 21 and over

Moving together musically as a school of fish stretching the boundaries of improvisation and composition.

Born out of the discovery that their sound was very special, Skinny Cooks is a demonstration of amazing songwriting and performance virtuosity. Brianne Sargent and Nigel Newton first explored working together in mid-2011 when they met in Dallas and performed an impromptu headliner show.

Nigel later returned to Dallas after graduating from Berklee, hoping to establish an artistic career; he began collaborating with Brianne, a Dallas native who had returned to Dallas from Cleveland to reconnect with her roots. Their work together is an undeniable artistic chemistry in an unlikely combination of vibraphone and cello, influenced heavily by jazz, funk, rock, R&B, 20th century classical, and even gospel music.