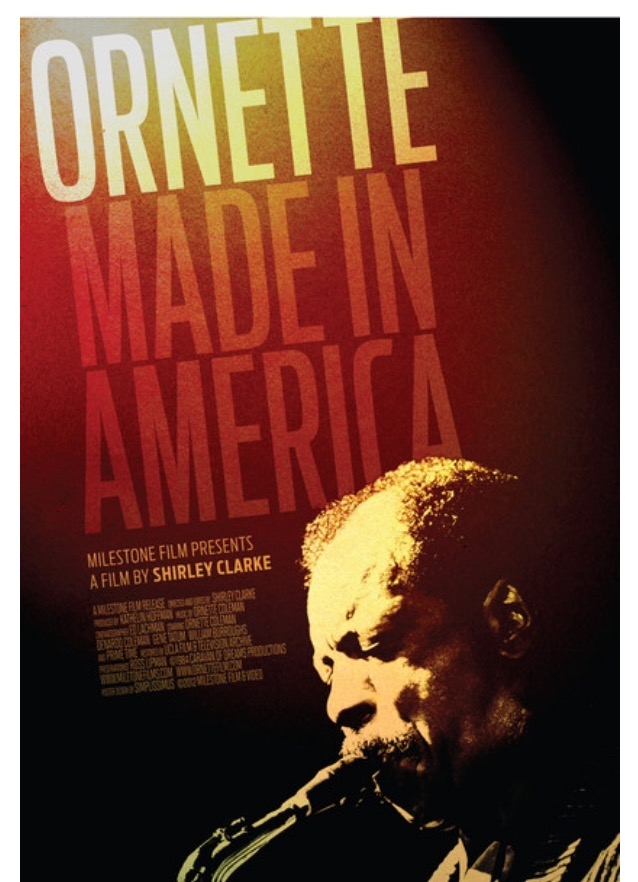 DJAM screening - "Ornette: Made In America"

In honor of DJAM - Dallas Jazz Appreciation Month we invite you to our upcoming screening of "Ornette: Made In America" Check it out - ABSOLUTELY FREE April 29 & 30 at 7:30 p.m.

This film captures the 3 decade evolution of Fort Worth native son Ornette Coleman. He returns home in 1983 as a famed performer and composer, documentary footage, dramatic scenes, and some of the first music video-style segments ever made, chronicle his boyhood in segregated Texas and his subsequent emergence as an American cultural pioneer and world-class icon. Among those who contribute to the film include William Burroughs, Brion Gysin, Buckminster Fuller, Don Cherry, Yoko Ono, Charlie Haden, Robert Palmer, Jayne Cortez and John Rockwell.

Ornette: Made in America is essential for anyone hoping to understand the history of jazz and the fertile creative exchange that highlighted the 60s and 70s in America. It is a portrayal of the inner life of an artist-innovator.