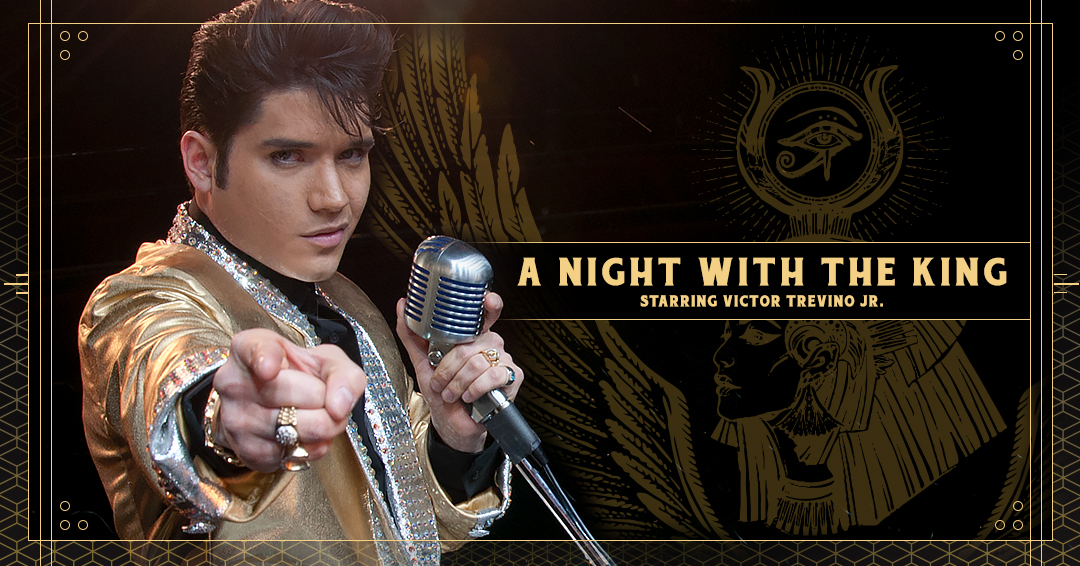 A Night with the King

Victor Trevino Jr.'s dream of a career in music and acting has been realized as an Elvis Presley tribute artist. Specializing in the rockabilly '50s and '60s and movie genre, he recreates the excitement of the king's popular years. Trevino has earned numerous awards and titles in the three years he has performed.
He was a finalist in the 2009 and 2008 Ultimate Elvis Tribute Artist Contests. He took first place in the 2009 Branson Ultimate Elvis Competition and has performed at casinos, hotels, theaters, festivals, and The Elvis Cruise, in addition to being the headliner at the 2009 Tupelo Elvis Festival in Tupelo, Mississippi.