Zachary Wallmark, an SMU professor and grant recipient from the National Endowment for the Humanities, investigates how music affects the brain 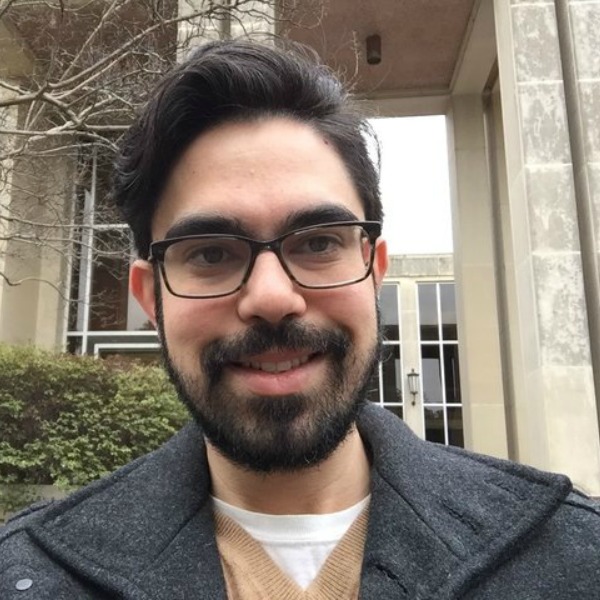 Dr. Zachary Wallmark is a professor of musicology at Southern Methodist University, where he studies how musical sounds affect the brain and what those results say about human empathy. He was a semi-professional jazz bassist for several years before transitioning to neuroscience.

For years, Zachary Wallmark has found himself caught in between two worlds – with one foot in science and the other in music. He now teaches musicology at Southern Methodist University, studying how musical sounds affect the brain. Wallmark just won a grant from the National Endowment for the Humanities to continue his research.

Like so many aspiring musicians, Zachary Wallmark did the “New York City” thing in college. As a bassist, he played corporate jazz gigs uptown for the money and avant garde free jazz, something quite a bit more eccentric, downtown for the love of it.

“One of the things I noticed at these gigs was the people who liked what we were playing were very emotionally invested and just swooned at these sounds,” Wallmark said. “But a lot of people I played these to – friends, roommates – just thought it sounded like a bunch of awful noise.”

Those nights performing got him thinking about why people had such strong and polar reactions to the same music – and that led him to neuroscience, specifically the nature of human emotional and social responses to musical sounds.

Wallmark has a master’s degree and a Ph.D. in musicology – not science. But at SMU, he’s helped launch a new lab, blending the two. He and his students study what our tastes and motor reactions to sounds might say about human empathy.

“Because I’ve lived this,” Wallmark said. “I’ve seen these sorts of reactions. I know how empathy works in musical contexts. I know how empathy can utterly break down. I know how you can lose your audience just as easily as you can have them eating out of your hand. Actually it’s far easier to lose them. What’s going on with people when they experience these intense emotional and social reactions to music?”

So he began to answer that question first by playing sets of sounds for his subjects and taking scans of their brain. Pleasant sounds – a round, smooth note on the clarinet. And not so pleasant sounds – a gritty, raspy honk.

“What we ended up finding was that there’s really not that much of a difference in the brain when you’re listening to sounds you really like,” he said. “However, when you’re listening to sounds you dislike, a whole bunch of regions light up – including motor regions, areas that control movement, and the limbic areas, the so-called emotional circuitry.”

What Wallmark assumes is at play here is something called mirror neurons. It’s the idea that when observing another person perform an action, like open a jar, these neurons in your brain play back that behavior as if you were the one opening the jar. So when you hear something unpleasant, like a raspy honk or even a human scream, we pick up on an action or behavioral cue, and we mirror the negativity or aggression behind it.

Scientists first discovered mirror neurons in monkeys in the 90s, and they used them to explain how people essentially put themselves in another peoples’ shoes. That, by definition, is empathy.

“The more empathic a person appears to be, the more susceptible they are to motor activation to musical sound,” Wallmark said.

So some may conclude that sociopaths wouldn’t move to music?

“Presumably so,” Wallmark chuckled. “Unfortunately there were no sociopaths in our sample. That would be really interesting to look into.”

It’s a weighty conclusion – one Wallmark admits still needs exploring, but it’s that kind of research scientists like Marco Iacoboni appreciates. Iacoboni is a neuroscientist at UCLA and collaborated with Wallmark for several years.

“He’s able to capture concepts and practices from people who are outside his field, and that seems to be something we absolutely need in academia because we tend to live in silos,” Iacoboni said.

Wallmark admitted his life is pretty compartmentalized, where his work is more science than art.

“However, my grounding as a musician, first and foremost, as a composer and as a music scholar, has really enabled me to generate questions that would’ve been very difficult to do if my background was entirely in the sciences without my experience in the arts,” he said.

He started playing the piano at the age of three. Then he picked up the bassoon, the tuba and the baritone saxophone. He’s been in a grunge punk band, an acid jazz group and a jazz ensemble called the Ben Darwish Trio when he was getting his master’s degree up in Oregon. There, he played with Drew Shoals, who’s now the drummer for the rock band Train.

“Honestly, he’s one of the best bass players I’ve ever played with. I think the people I connect with the most, we kind of have an intellectual connection beyond the music too, and when you have a deep connection with somebody, you’re going to play better,” Shoals said. “I feel like I had that with Zach.”

Since his jazz days, Wallmark has immersed himself in the Shakuhachi, a Japanese bamboo flute, which he picked up while teaching English and music in Japan. He fell in love with it, he said, and it’s what he plays to relax.

Wallmark doesn’t perform much anymore now that he’s a professor, researcher, husband and father to 4-year-old Remy. But it’s clear, music is still the bedrock of his work and his life.

“This is what I’m up late at night thinking about it,” he said. “It really has become an obsession in the same sort of way performing jazz was an obsession for many years of my life – something that’s really all consuming.”

At the end of the day, after talk of melodies, harmonies, rhythm, timbre and all the things he teaches and studies, he has a few sounds he reserves just for himself: a scale on his beloved Shakuhachi – or John Coltrane’s “Resolution.”

What kind of music appeals to you the most?

I find myself returning quite a bit to a couple of really seminal jazz albums – like Miles Davis’ “Kind of Blue,” and John Coltrane’s “A Love Supreme.” But as a listener, I wasn’t that into it. It was playing the stuff. It was the sense of possibility, the sense of tightrope-walking and risk that goes along with having no idea how a given performance is going to turn out. I’ve always heard jazz as the most free form of expression one can engage in – and also the most empathic.

When you’re performing in a jazz group, it requires a level of telepathy. It requires a deep intimate knowledge of predicting what the pianist is going to do, how that drummer is going to hit on this particular lick, and being able to look over and just with a glance in their direction, anticipate precisely some sort of synchronized pattern. Playing jazz is a supreme exercise in human empathy and the ability to project yourself into the minds of your co-creators to create something bigger than yourself together.

Why did you give up playing music?

I was a semi-professional jazz musician in New York, and I played a lot of gigs at the time. This was around 2000. It was incredible. I had a wonderful time, and I met a bunch of great players. It was also eye-opening in that it was really not what I wanted to do forever. The lifestyle was pretty grueling. I remember during one period, I had one or two gigs every night for three weeks straight, and I never got home earlier than two in the morning. There was a level of exhaustion, and there was a level of unpredictability, which was exciting when I was 20 years old, but I wanted something a little bit more stable.

There has been talk that President Donald Trump is considering cutting cultural programs like the National Endowment for the Humanities and the Arts. How did you feel when you won an NEH grant this year?

I feel very fortunate to have received it, but the tenuous nature of the whole program is certainly something I’m keenly aware of. I’ve tried to be as active as I can be these last two months with reaching out to our representatives and our senators and trying to do some light advocacy for the value of the NEH. For scholars in the humanities, we don’t need a whole lot. We don’t need multi-million-dollar labs; we just need time. The actual dollars and cents amount involved in this is tiny, but it can do so much for America’s standing as the center of knowledge generation.

How does being in North Texas affect what you do?

Being at SMU has affected my work profoundly because they’ve been very supportive, and we were able to launch this MuSci Lab on the strength of an internal grant from the president of the university. My dean has been incredible supportive, and so have my colleagues and faculty. It’s just been a fantastic transition because there’s a lot of interest here and a lot of open-mindedness toward looking at music in the sort of way I want to look at it.

Do you feel creatively satisfied?

I do. One of the interesting things about transitioning from performance into more of an academic role is that the nature of my creative output has shifted pretty dramatically away from coming up with compositions or recordings or performances and more toward coming up with a really interesting idea to explore, a hypothesis to test or a paper to write. So I do feel very creatively satisfied, just not in the same way.