Sam Lao has only been rapping for a couple of years, but she's quickly becoming one of Dallas' most well-known emcees. 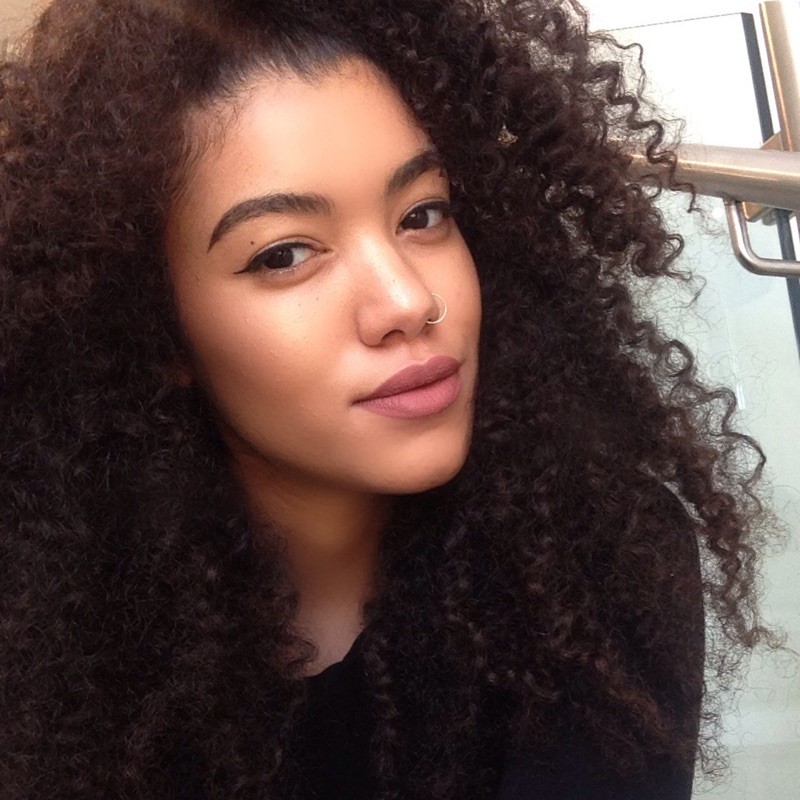 Sam Lao is a Dallas hip-hop artist with ties to the world of visual arts. She studied graphic design at the University of Texas - Arlington and Lao uses the skills she learned in school to craft the visuals for her album covers, merchandise and music videos. Lao is rather new to the world of music, but in the three years she's been rapping and singing she's been able to collaborate with many of North Texas' finest artists. She works regularly with rapper 88 Killa and the Brain Gang, but she's also crossed genres and performed with Sarah Jaffe and The Dividends.

Sam Lao is one of those people who seems to be great at everything she tries. She sings, draws, paints, sculpts, writes poetry and she raps. And in a city like Dallas, which is filled with talented artists and musicians, Lao stands out.

“Frankly, she kind of came out of nowhere,” says Pete Freedman. Freedman is a journalist and the founder of Central Track, a local entertainment blog aimed at people 18 to 35.  “The first time anyone really knew about Sam was when she released the video for her single “Pilgrim,” which I believe came out before she even released her “West West Pantego” EP. It was an awesome introduction, because it was a very striking video of Sam and the entire Brain Gang crew sitting around a feast and Sam was starring directly at the camera rapping about her prowess as an emcee and she was proving it right off the bat.”

Soon, everyone in North Texas seemed to know Lao. She released a four-song EP and started performing at festivals.

“So it’s really my goal to like break through that ceiling and become the nationwide, worldwide artist that Dallas can claim,” says Lao.

That’s big talk for the young emcee, but her contemporaries believe it’s possible. Dallas rapper 88 Killa thinks Lao has the talent to be an artist who is bigger than hip-hop and bigger than most North Texas musicians.

“If anyone is going to break out of this city, it’s going to be her,” says 88 Killa. “Everyone in her inner circle believes that the only thing that can get into her way is herself. When she sneezes or blinks, people definitely pay attention.”

If anyone would know it would be 88 Killa, because he was the first person who challenged Lao to take up rapping. It started at a turbulent time in Lao’s life. She was a graphic design student and visual artist in her final semester at University of Texas – Arlington, but she couldn’t afford classes and had to drop out.

“I got super depressed and I wasn’t drawing anything, I wasn’t painting, I wasn’t sculpting and I was sort of just wallowing away,” say Lao.

It was at this time that 88 Killa reached out to Lao. He told her that he and Dallas producer Ish D were at the recording studio and that she should come over. 88 Killa had heard rumors about Lao’s rap skills, but he hadn’t heard her rap.  He and Ish D were fussing with a beat that they couldn’t write rhymes to, so they told Sam to get in the booth.

“To be honest, we were really just joking and trying to put her on the spot,” says 88 Killa. “But then I was like, ‘hey, I’ve heard you talked with another producer about rapping and making beats and if you want to do this, then here I am. I’ll get behind you.’ So we gave her a beat and told her to come back in a few days with some raps and we’ll see what we got from there.”

The disheartened visual artist took them up on the offer and came back with some raps. To their surprise, they liked it.  Lao and 88 Killa began work on “West Pantego.”

“I didn’t think it was going to do anything. I was just sort of gonna put it out just so I could be like, ‘Oh hey! I released a rap album that one time.’ And when I put it out people really took to it and here I am now,” Lao says.

After the success of “West Pantego” Lao began taking music much more seriously. She teamed up with a producer to work on beats for her first full-length album, but after disagreements with direction of the project, her producer took off.  Lao’s followup stalled and she was down in the dumps once again. Luckily she found an engineer, producer and friend at studio Dojo45.

“I can tell you that she was pretty disappointed,” says Donny Domino. Domino is the “Sensei” and the co-founder of Dojo45. “That fallout was a hard hit. But even though she was disappointed, she was definitely eager to build something new. She was going to get to build something that she could say was hers and she got the opportunity to collaborate with new people that weren’t going to hold what they did for her over her head.”

Lao’s “SPCTRM” was constructed in the Dojo and for the first time, she was confident being called a rapper.

“I normally don’t like to be boxed in, like I don’t like titles. I am a rapper obviously. And at first, I didn’t like to say that and I think it’s because I knew people were judging me as a girl, saying I’m a rapper,’” says Lao.

Now she’s owning it. And rapping has actually led her back to visual art.

“I design my own covers. You know, I have complete control of my brand. All of that goes through me, like I did all the art direction. So, I still get to have that behind the scenes sort of artistic thing going on,” says Lao.

“It’s a very hands-on process,” says Lao. “Like he knows that I am very particular about stuff, so stuff that happens I’m like, ‘okay. I want this, this and this in the video, so this needs to happen.’”

Lao’s determination to be in control and to succeed? That comes from her parents. Her dad works in fire prevention and her mom is a manager in the customer service industry. Lao looks up to them for their hard work and perseverance, but she’d like to chart a different path.

“I don’t want to be like that, that grueling just grind every day to come home to be exhausted. You know? So me living my dreams is a double whammy. I get to help them. I get to help me,” says Lao.

So, she’s just gonna keep on grinding everyday till everyone knows her name.

How does being here (in North Texas) affect the production of your art?

But the city’s art and music scene is finally starting to come out of that. But it’s made me work harder ’cause when you go to New York and L.A. and you’re like, ‘I’m an artist.’ They ask you where you’re from and when you say ‘Dallas.’ They say, ‘Whaaat?!?’ So you have to work a little bit harder for that respect and for that clout.

But it even happens here because Dallas has this habit of supporting artists from elsewhere before they support their own. The city “little brothers” their own people. So, everything that I do is to get me out of that little bubble of only being a “local artist.”

Have you quit your day job? And if not, how do you maintain balance your life?

I have not quit my day job. And actually working here, at Centre, gives me balance because our clientele actually are the same people that go to my shows. So it’s not unheard of for a customer to come in here and while I’m checking them out, they ask, ‘Are you Sam Lao?’ And I’m like, ‘Yea! I am.’ Then they’ll tell me that they love my project. It’s awesome because some of the people who come in here and recognize me don’t always look like the sort of people I imagine are coming to my shows. Working here just works in my favor. I told my boss that I want Centre to be part of my brand. When I start touring, but I’m not on tour, I want people to know that they can find me here.

When did you first call yourself rapper or musician?

I don’t remember exactly when I started to call myself a rapper, musician or whatever. I’ve always been an artist so I just sort of slipped that into the bubble of artistry. I normally don’t like to be boxed in. I don’t like titles. I am a rapper obviously. At first I didn’t like to say that, and I think it’s because I knew people were judging me as a girl who is saying that she’s a rapper. It was just easier to say, ‘I’m an artist and I make music.’ But eventually I was like, ‘No. I’m a rapper.’ I’ve been working my butt off to make music for people and I needed to own the crap out of that.

There’s this quote, I’m not sure exactly where I heard it, but goes like this – “Your taste level is higher than your skill level and that’s why sometimes you don’t like the stuff that you make.” So even though I am happy creatively, I am always striving for more.

I don’t know that I will ever be fully creatively satisfied because sometimes I just don’t have the skill to do what I am envisioning in my head. So it’s just a constant journey and I am on my way there. And the journey is satisfying. Being able to grow and see the progression is fun.

What have you given up/let go of to pursue your art?

I guess I would say that I have had to give up people in my life. There were people who were friends that I was working with that I eventually outgrew them. And those have been hard decisions to make. But it has been better for me, so yeah  . . .

What makes you different or special? What sets you apart from others who are doing music?

I’m Sam Lao. That’s what makes me different and special. Hahahahaha! Really though, I just try to do what makes me happy. It’s really easy to fall into the trap of chasing trends, but if I don’t feel completely invested or it doesn’t feel like me I can’t do it. And I feel like that alone allows me to have genuine quality to my work. I make music that I want to listen to. I say things that I want to say. I don’t do anything that I think other people want from me. I have to want it myself. And I think having that outlook will keep separating me from other artists.