Red's Incentive To Stick Up For Texas Filmmakers

Film producer Red Sanders divides his time between making movies and advocating for film in Texas. 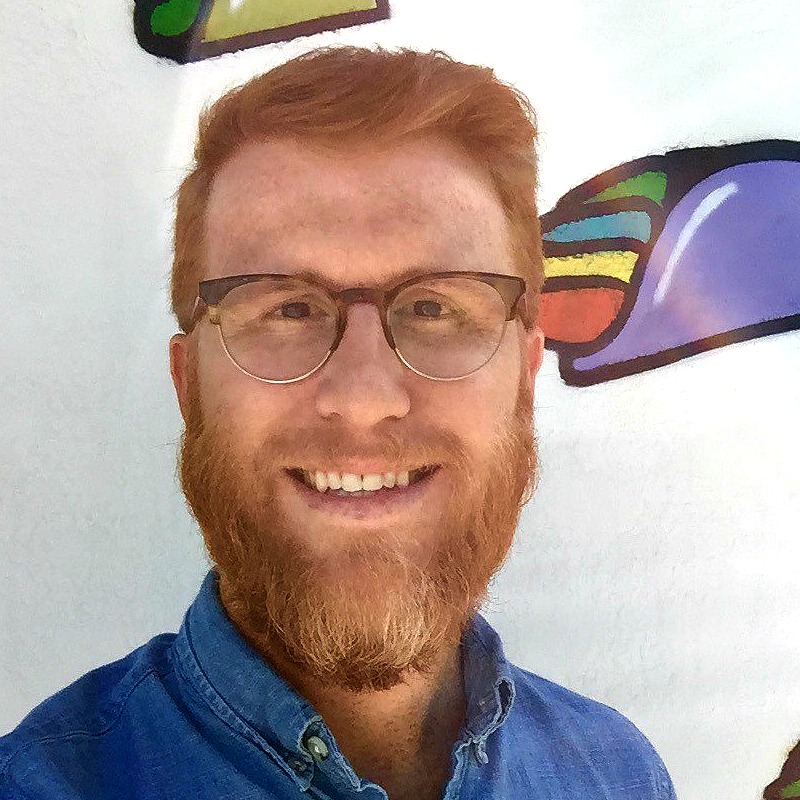 Fort Worth film producer Red Sanders started his career as a wedding deejay and videographer at age 14. Since then, he's graduated from  Texas Christian University where he majored in Radio, Television and Film, and studied in the Neeley Entrepreneurship Program. He's also been instrumental in the ever evolving film industry sprouting in Fort Worth. Sanders is the founder and president of Red Productions, one of the premier media companies in DFW.

The video above is a sneak peak of “A Bad Idea Gone Wrong.”

Fort Worth isn’t a mecca for the film industry. Red Sanders would like to change that.

Sanders spoke to the State Senate about the importance of the film incentive program.

“I can guarantee you, in the future, if we’re forced to look at all of our neighboring states that have rebate programs, the business that I founded here in Texas, and I want to keep here in Texas, is going to have to continue looking elsewhere to be able to justify costs for our investors,”  Sanders warned the Senate Committee on Natural Resources & Economic Development.

Sanders supports the film incentive program, because it helps Texans like him produce low-budget films. It also shows off what the Lone Star State has to offer.

“The landscape of Texas is an amazing backdrop to get to film in,” said Sanders. “You have literally like every look you could hope to accomplish here.”

Filmmakers are reeling from rebate cuts. Check out this report about how the Austin Film Industry hopes for next budget

Despite the landscape,  Sanders is worried about the future of the Texas Film Industry, because the proposed state budget slashes the current film incentive program.Four years ago, the state spent $95 million. If the budget passes, it’ll spend only $3.5 million. That has consequences for Sanders, and for Texas.

“We’ve got “Sleeping in Plastic” that’s a Texas-set story that we’re going to go shoot in Oklahoma, because our current incentive program was cut back so much last time that there’s not any money left in the rebate program,” said Sanders.

Sanders on set working with a producer. Photo: Red Productions

“A Bad Idea Gone Wrong” was filmed in Fort Worth. And it made a mark at South by Southwest, winning the award for best ensemble in a narrative feature. The comedy’s about a couple knuckleheads who break into a house in a gated community and immediately trap themselves inside (view a Sneak Peak of the film at the top of the page).

Lighthearted comedy is what Red Productions is known for. It’s the approach they’ve taken with four other full-length features. Creating commercials for major corporations like 7-Eleven and Frito-Lay helped perfect the company’s style.

Sanders started working on commercials during college, but started his first entertainment company at 14.

“We were deejaying events and weddings,” Sanders said. “After all that, I quickly started figuring out how I can expand our business.”

Along the way, he realized his entrepreneurial skills made him right for the business side of film.

“You know I’ve always had this mix of the creative side and the business,” Sanders said. “So from an early age I was learning how to sell and market the service I was offering and also how to get together with other like-minded talented people and be able to deliver on what on what we were selling.”

Sanders believes a good movie producer finds actors, writers, crew members and investors who can create the steam to power a director’s dream.

Jason Headley – the director of “A Bad Idea Gone Wrong” says Sanders did that for him.

“When I got home from making this I said to my wife, ‘if this movie works or if it doesn’t, it’s going to be my fault because nobody interfered, nobody got in the way,” said Headley.

“He is the reason there is a film commission in Fort Worth,” said Christopherson.

In 2015, Sanders convinced the city, the chamber of commerce and the convention and visitor bureau to create a commission.

“In our first year we had over 150 different types of projects that shot in Fort Worth,” said Christopherson. “So we’ve continued to stay, you know, busy and this next fiscal year I would say every week there’s at least something going on.”

Sanders fears Fort Worth may lose some of that business, if the state cuts film incentives. But he doesn’t plan to stop advocating for filmmaking throughout Texas.

“Melville” is an award-winning short film produce by Red Productions and filmed in Fort Worth.

How does being in North Texas affect the production of your art?

Being here in North Texas – especially during the past 12 years that we’ve been doing business – we’ve seen tremendous growth within the region. And that growth has allowed us to stay here. We didn’t start out in New York or Los Angeles and we don’t have to move there. We’ve been able to stay here and build up a great team and build up some great clients and investors that can support us in our film endeavors.

And there are a lot more companies that are moving here, so from the commercial side of what we do at Red Productions, we are very fortunate that we get to work with so many businesses. So I guess to really get to grow with this region and to be doing it within a creative industry has certainly been the biggest joy.

As a producer, do you consider yourself a filmmaker?

Yea. In the film industry, a filmmaker is someone who’s made more than one film, so yea! We’re filmmakers.

As a producer, we don’t write or direct films, but we help find the right writer and director for projects and we pair them with great talent and we find investors. So… yea.

Have you been able to quit your day job?

I joined a group called Entrepreneurs Organization a few years back and their whole thing is getting people to work on the business instead of in the business.

And I’m very fortunate that with our talented team here that I can work on the business and make decisions about where we’re going and then lead the team in that direction. That frees me up from working in the business and being part of every single project every day. And in fact, being free from the day-to-day work has actually been better for our clients and everyone involved because my creative, ADD mind is not what you want overseeing all of the details. I’m already always thinking about what’s the next thing we’re going to do. So yea, I didn’t quit my day job, but I have been more freed up to think a bit more about the future growth of the company and the films we’re making.

Sounds like you’re probably freer to have a personal life as well.

Yea! This used to be a day job and a night job. When we started we were at Tech Fort Worth and we would go in to the office early in the morning and we’d be there until 10 o’clock every night. It was fun, but definitely is not something I could do now that I have a son with my wife, Jenny Sanders.

Did your wife understand your long work hours at the beginning?

I think so. We actually met through a documentary we did for a nonprofit she was working with. I found out that she was working at a local agency here and we connected though a Facebook post. She asked what I had been up to and I was like, ‘I just got back Congo where I was arrested and deported. But that’s a two beer story.” That’s how I landed a date.

Okay. I’ve got to know what happened in Congo.

It was about eight years ago, we were in Congo shooting a documentary and things went a little wrong. We were down there trying to follow what was going on with the conflict mineral trade of coltan – coltan is used in pretty much every flat-screen device – and we had been on the ground in Congo for two weeks. We were shooting with this group called Falling Whistles. Anyway, we went deep into the jungle where they mine and we were picked up by the Congo secret police. We had no idea why they picked us up, but they took all of our gear and held us for eight days before they finally formally deported us.

They actually only deported us after Secretary of State Hillary Clinton called to clear our names (laughs). But honestly, we had no idea why they arrested us and held on to us for so long until they deported us. But they gave us back our equipment once they decided that we weren’t there to assassinate anyone.

When did you start to call yourself a filmmaker?

Pretty much from day one, I knew that we wanted to be in the business of making commercials and making films, so we set out early on to make sure we were setting aside time to work on films even though we were making our money on commercials.  You know, a lot  of times people do get caught up in doing all of the stuff that makes money or simply get caught up in the rhythm of the day-to-day and they set their dreams on the backburner. For us though, we’ve always maintained the goal of working a certain amount of hours each day, week, month, year to working on our film development side. And on top of that, we’ve set aside a certain percentage of our profits to work toward making those dreams come true. Because even though we have outside investors, we think that if we’re asking them to take a risk that we should be also setting out to invest our own money in the projects.