Brad Leali has played behind Stevie Wonder and Lyle Lovett. But it's his UNT students who inspire him. 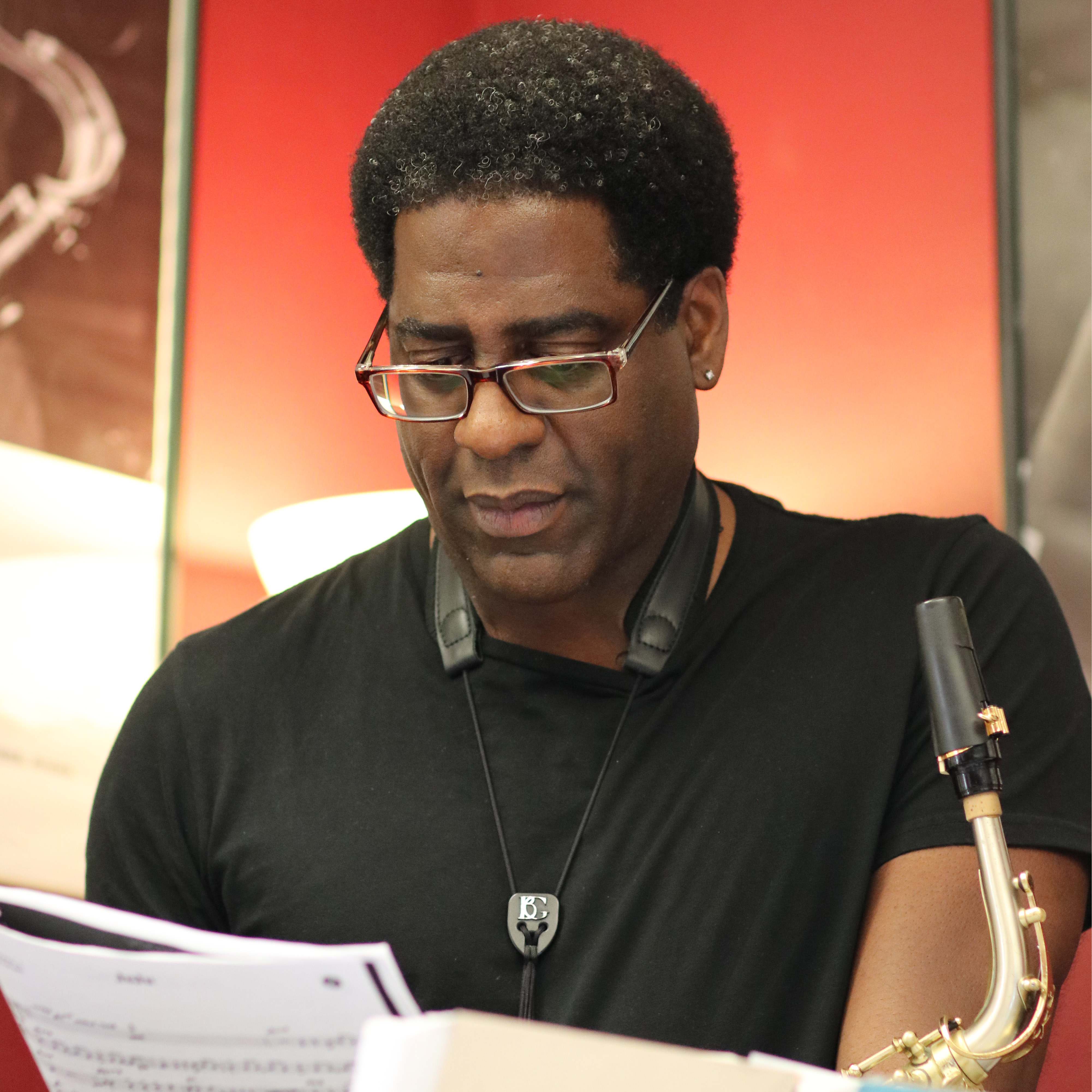 Sax player Brad Leali grew up in a house filled with music. His mother sang in the choir, but it was his father's past as a musician that led him down a path that would take him around the world. Now, the 52 year-old musician performs regularly with music icons like Lyle Lovett and teaches at the renowned UNT Jazz program. When he's not shaping minds, he's releasing solo records.

World-renowned saxophonist Brad Leali has toured the globe playing music alongside Stevie Wonder, Beyoncé, and Lyle Lovett. But when he’s not touring with icons, he calls North Texas home. In this week’s Artist Spotlight, reporter Hady Mawajdeh and I learn how working with students inspires Leali’s playing.

Brad Leali has always loved music. He says his love comes from his upbringing.

“I come from a very musical background. My mother was in the choir. My father played saxophone in high school.”

Growing up, he was introduced to the greats at home.

“We always had music going on in the house,” he says. “It was either John Coltrane, Stanley Turrentine, Lou Donaldson or Sarah Vaughn, Nancy Wilson. You know, the list goes on.”

So in high school, Leali told his father he wanted to play sax. And there was no hesitation.

“I would see my father’s saxophone in the case and I was just enamored with this instrument.  I would look in his yearbook, And back then they were dressed sharp all the time when they took yearbook pictures, they looked nice.” Staring at the instrument and yearbook photos made an impact. “I remember one day I asked my father, “I would like to play the saxophone.” That very same day, he took me to the store and got the sax repaired. And signed me up for band . . . It was the junior Denver police band. . . . And that’s how it all started.”

From that point on, music fueled Leali’s life. It’s literally all he’s ever done.“I was very fortunate that my first major gig was with Harry Conick Jr. We played all over the world.” From that group, Leali moved to New York.

“I went to the Count Basie Orchestra. I also played with Clark Terry, the Duke Ellington Orchestra, Frank Fosters, Loud Minority just a lot of different groups. The series Kennedy Center Honors program, where we played the inauguration for President Obama. I got to back up so many wonderful artists: Steven Tyler, Kid Rock, Bruno Mars, Lyle Lovett, Beyoncé. So many wonderful people and I got to learn a lot of lessons from them as well.”

Leali also has a solo recording career. He’s put out a couple albums. He tours Europe regularly. And when he’s home – in Denton – you can catch him on Wednesdays at Steve’s Wine Bar: “I love having a steady gig somewhere. It keeps the cobwebs off. And keeps you humble.”

Despite having the sort of career most musicians would sell their internal organs for, Leali says his gig at the University of North Texas is his most important: “I’m really inspired by students who are hungry. They inspire me to not only be a better musician but a better teacher as well.”

Leali teaches sax at UNT and he directs one of the school’s prestigious student jazz bands – the Three O’Clock Lab Band. UNT is one of the great jazz institutions in the world. The professors have amazing resumes. And Leali gushes over his colleagues’ accomplishments. But he’s most impressed with everyone’s desire to train young, promising musicians.

“I have the opportunity to be in that, to be a part of that. So – oh my goodness – sometimes I have to pinch myself because being here in Denton, being part of this university is an honor that can’t be defined – I don’t think – in mere words.”

UNT provides him an opportunity to teach students that music – especially jazz music – is about more than the notes. It’s how you play them.

It’s the kind of thing that might make you want to pick up a sax.

Brad showing off his sax to Bill Clinton.

Do you have any rituals?

I really don’t have any routines or rituals, I like to practice. If I’m going to perform, what I’m doing before performing is practicing. I love to be prepared.

What have you given up to pursue this craft?

Wow. . . I think that I gave up things during my career, so that I wouldn’t have to give them up once I got here.  I gave up time that I could have been partying, I guess, even though I had my fun. But there was a certain amount of time where I had to be in the practice room. A certain amount of time where I needed to do what I needed to do in order to get where I wanted to go.

Everyone makes mistakes, I get that, we all make mistakes. But to be able to own those mistakes and continue to work hard to attain whatever you’re working toward – if means being a better person, a better musician, a better father, a better teacher or whatever.

How does being in North Texas effect your work?

Certainly in a positive way. Being in north Texas and being a part of this wonderful faculty and living in Denton is certainly a positive. I’ve never gone anywhere and mentioned the name UNT without respect, boom, right off the top.

From Jump. It’s an honor to be here for me. I’m sitting here teaching at one of the greatest jazz institutions in the world. Faculty members such as Dan Haerle, Rich Matteson, Jack Peterson, Debra Richtmeyer, Jim Riggs, Neil Slater . . . The list goes on.

We have all of these people that are dedicated to music, to pushing the envelope and good education. But it’s not just music, it’s good music. We want to prepare these students to not only be to be wonderful jazz musicians, but good teachers, good session players, good arrangers, good composers or whatever!

We’re trying to give kids the entire package. And I’m honored to  have the opportunity to be part of that. It’s great to be involved. Sometimes I have to pinch myself because that is a blessing. Being here in Denton and a part of this university is an honor.

When did you first call yourself a musician?

How do you define jazz?

If I were to define jazz to someone who had no idea,  I would say musical freedom. Jazz is playing what you’re hearing. It’s being able to do it on the spot and change what you’re saying every day or every time you put that horn in your mouth.