The Gospel According To Paul

Singer-Songwriter Paul Cauthen's big velvet voice is luring fans, but his storytelling is what keeps them coming back. 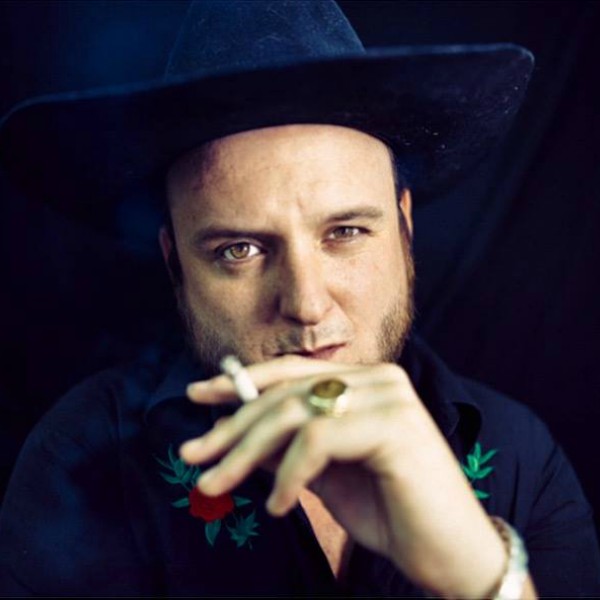 Paul Cauthen is a singer-songwriter from Tyler. Music has been a part of his life for as long as he can remember, because he was raised in the church. Some of his earliest memories are memories of him singing with his grandfather John Paul Cauthen. He used to be half of the rock ’n’ roll country duo called Sons of Fathers. Now he's a solo artist, but you can catch him performing with The Texas Gentlemen.

Texas’ fertile country music scene has bred memorable storytellers. Think George Strait, Miranda Lambert or outlaws Waylon Jennings and Willie Nelson. Broken hearts, drug addiction, even bankruptcy – these songwriter bare it all for their craft. And one North Texas songwriter is hoping that his honest approach to songwriting – and his velvet voice – will put him on the path of those legends.

Tyler native Paul Cauthen released his first solo album last fall. It’s called “My Gospel,” and it’s a nod to the 31-year-old’s religious roots. On the album, the songwriter sings about love lost and desperate times, like the death of a close friend, or the depression that set in after he quit his first band.

“My Gospel” fuses country, gospel and soul. And critics love it. Rolling Stone dubbed the towering six-foot-two baritone an “Artist You Need to Know.” Others say the big-voiced crooner sings with the emotional conviction of Johnny Cash and the timelessness of Roy Orbison.

“I try to pay my respects to all these male and female artists before me,” says Cauthen. “You know? With their voices? Cause they were there before mine and I was just lucky to have the same tone or timbre or you know vibrato or whatever it is, gusto.”

When I caught up with Cauthen, he was hanging out at Dallas recording studio, Modern Electric Sound Recorder. “My Gospel” was recorded there, and at three other places, including the legendary Fame Studios in Muscle Shoals, Alabama. That was a recording mecca for rhythm and blues, rock and pop artists in the ’60s and ’70s.

“You walk into a place like that and it’s like walking into the Sistine Chapel, you know? You know that the ghost are hanging out and you feel the spirit,” says Cauthen.

While at Fame Studios, he was surrounded by photos of the legends who’d recorded there – Aretha Franklin, Percy Sledge, Joe Cocker.

“When you see that, you feel the notes just come through you like electricity,” says Cauthen.

Cauthen’s producer Beau Bedford was in that studio too. And he says watching Cauthen at work was intoxicating.

“It was literally – when the music started – it was so funky and so amazing,” says Bedford. “And when I was watching Paul perform, it was like he was like performing in front of 10,000 people.”

Cauthen learned to sing that way from his grandfather, John Paul Cauthen. John Paul was a fourth-generation church builder, a member of the Church of Christ – and a musician. He always tried to nurture his grandson’s gift.

“My granddad told me don’t have butterflies,” say Cauthen. He told me to find the back of the auditorium and sing to that. And, you know, it just started happening. The music thing just started- like the fire fuse was lit. I just started feeling that constant burning.”

This latest success is a second chance in music for Cauthen. He used to be half of the rock ’n’ roll country duo called Sons of Fathers. That band made it to the top of the Americana Music charts and was praised by NPR Music. But Cauthen says the sound didn’t feel authentic to him. And the songs weren’t true to his story. So in 2014, he quit.

“I had to pick myself up and lick my wounds right after a band that was doing well on the road, making a living to zero. No management, nothing around you and now you’re in a cabin behind River Road Ice House in New Braunfels by yourself with a guitar,” says Cauthen.

Then he turned to the man who helped to launch the careers of George Strait and Stevie Ray Vaughan – Kent Finlay. Finlay – who died in 2015 – was the heartbeat of the Hill Country and the the owner of Cheatham Street Warehouse in San Marcos. Cheatham Street hosts a weekly event called the Songwriters Circle. That’s where Cauthen says he found his authentic songwriting voice.

So like the late great Guy Clark, Cauthen dedicated himself to his work. Within a year, he had 100 songs. Songs about the death, alchohol, growing up, starting trouble – songs about his life. And they were songs that people could relate to.

“I finally am letting people know who I truly am. I believe I’ve known in my heart that I have something to to offer. You know, I’ve got something to give I’m just thankful that I found out what I can actually be good at,” Cauthen says.

Like a long line of Texas musicians, Paul Cauthen’s got a story and now he’s found the voice to tell it.

Want to hear the sorts of music Paul Cauthen is listening to? Check out the player below:

How does North Texas affect the production of your music?

If anything, it lifts it up. There are so many creatives here and this North Texas region is booming. I mean, first of all, UNT has been a pulse for the arts. I believe it’s a nucleus. It’s the workshop or the woodshed. I mean a lot of people come out of there.  A lot of the engineers, producers and musicians come out of Denton. I mean, one of the baddest ass drummers in the game is McKenzie Smith and he was a member of the One O’Clock Lab Band for, like, four years.

I believe that these artists – here – are all collaborators too! Nobody’s walking around elbowing people out of the way. Everybody’s just open arms about art. Whether it’s hip-hop or whatever! I mean, we have Blue the Misfit, Erykah Badu, the Texas Gentlemen, The Roomsounds, The Quaker City Night Hawks – we have some next-level bands.

It’s all happening here and it’s like a brotherhood.

When did you start calling yourself a musician?

Probably about 10 years ago. When I was turning 20 or 21. Because that’s one of the times I was working hard to cut my teeth and start writing songs. I wrote a lot of awful songs. I think I was up in Colorado. Yea. In fact, my college roommate and friend, Aaron Franklin Frye, passed away in a motorcycle accident and I had to come down because I was a pallbearer. I had maybe $300 and I put all my money into this old beat-up van, so that I could make it down, and I decided to stay. I was sort of in a bad place. I was really down. And I turned to writing.

That’s when I actually started writing real “songs.” They were real because I meant it and I felt it. I was writing about what I was dealing with. Now that’s what I do. In fact, I probably write like 100 to 150 songs per year. They’re not all hits. Some of them are crap. But I am dedicated to going that Guy Clark method – basically, you’ve got to write 100 terrible songs before you get one. Do that for the first 10 years of your writing life and then you might stand a chance. It’s really just playing the numbers.

What makes you different from other country musicians and songwriters?

Man, I am a wild man and I try to tame myself everyday. I believe that I have something to offer. Something to give. I am just glad that I found something that I am good at and that I get to do it everyday. That’s a weird question, but I am who I am and that’s who I am always going to be.