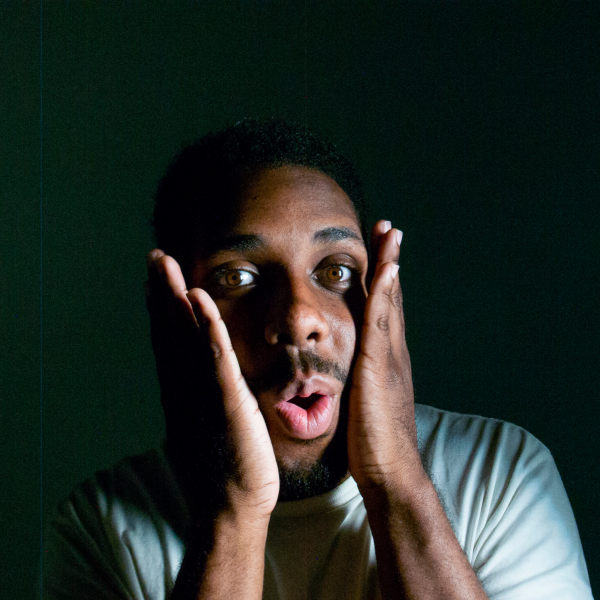 Ishmael Davison is a North Texas music producer from who's originally from West Texas. He's been making and selling beats to aspiring hip-hop and R&B artists since before he could legally drive a car. And now he's trying to make a name for himself in the house music scene.

Welcome to the Art&Seek Spotlight. Every Thursday, here and on KERA FM, we’ll explore the cultural creativity happening in North Texas. As it grows, this site, artandseek.org/spotlight, will paint a collective portrait of our artistic community. Check out all the artists and artworks we’ve chronicled.

The Arlington-based music producer Ish D has been a constant presence in North Texas hip-hop scene. But now the 26-year-old is venturing into a new genre. His new album’s called “Marina’s Melody.” In this week’s Art&Seek Spotlight, Hady Mawajdeh introduces us to the man behind the beats.

“Uh… where’s the volume button?” asks Davison. “Yea. Right now, I’m pulling up the session for this new record called “Anyway.” It’s probably going to be the new record off of “Marina’s Melody.” The two get things sorted and giant mixing council in front of them lights up as a poppy dance beat begins blaring out of the studio’s speakers.

Usually, Davison tailors albums for other artists. With “Marina’s Melody” though, Davison has handpicked musicians, like vocalist BeMyFiasco, to make his vision come to life. The beats are jumpy and excitable, inspired by house music from the 90s. It’s a new sound for him. Different from the slower work he produced last year for Dallas R&B singer Terrence Spectacle.

“I’m notorious for genre-hopping,” says Davison. “That’s because growing up in a small town with lots of different people and races and cultures, you – I got a lot of everything. I got a lot of rock, I got a lot of Top 40 pop. I’m kind of all over the place.”

Davison’s from San Angelo. He cut his teeth as a producer there; selling beats on the internet. A tough sell in a city where the roots rock-n-roll of Los Lonely Boys was the dominant sound.

“Man it was terrible,” Davison says while laughing. “And I say that because there was a huge disconnect, right. So trying to explain to kids like, ‘Hey. I wanna make beats.’ Like they didn’t understand that concept. So there was lots of teasing, lots of name calling or whatever.”

Even before Ish D ever dreamed of making beats, he was just a polo-shirt-wearing Kanye West fan who struggled to play an instrument.

“I wasn’t good at any of it. I was playing the baritone,” explains Davison, “which is not cool – yea, you get no respect on that instrument. You know? At that time I was five foot, maybe 110lbs, so imagine this super scrawny short kid just carrying his big instrument.”

The first happened in the mid-2000s. “I can remember the summer,” recalls Davison. He was hanging with some of his older cousins, “I remember sitting in the room and everyone was just nodding their head,” he says. Then he wondered, “Why’s everyone nodding their head?” That question sparked something. “Oh the beat. I never paid attention to the beat. And that just kind of led me down this long path.”

And the second thing, well… it was a video game.

The game was called “The MTV Music Generator 2.” It was a game changer, “It was like in the dollar bin and my dad was like, “Here’s a video game for you,” Davison says.

The MTV Music Generator taught Davison the basics of beat making. Eventually, he found more sophisticated software. And the quality of his music improved. That caught the attention of popular Dallas rapper 88 Killa.

“88 Killa and I had met on Twitter. And he used to buy beats from me,” says Davison. “And I told him, ‘Hey I’m moving up there as soon as I graduate high school.’ And so basically I came with a bunch of beats, you know, and he really just tapped me into what was happening.”

Soon, Ish D was a member of a rap group called the Brain Gang. The crew’s defunct now, but its members, like 88 Killa, Sam Lao and Bobby Sessions, are some of the city’s most promising hip-hop talent.

“For me, that was the seed, right? And you know, everybody was there. So everybody would come out to see a Brain Gang/A.Dd+ show, so I had the notoriety of like, ‘Okay. Here’s the guy making all the beats and we need to clearly get with that guy,” Davison says.

Now, with 10 years and hundreds of songs under his belt, Davison’s pivoting.

“I think it’s a little bit more freedom for me because everything in rap music is super Trap-based. And I got to the point where that is so monotonous for me. That it was like, I can do that in my sleep,” says Davison. “I feel like with the house stuff it’s not as restrictive. They appreciate a little bit of experimenting. You know?”

The new sound might set him apart. But he just hopes he’ll hear his music streaming out of someone’s car.