Debuting A Role, Starting A Career

Anna Laurenzo, a young mezzo-soprano with Fort Worth Opera, gets to sing a world-premiere role. Nine of them. 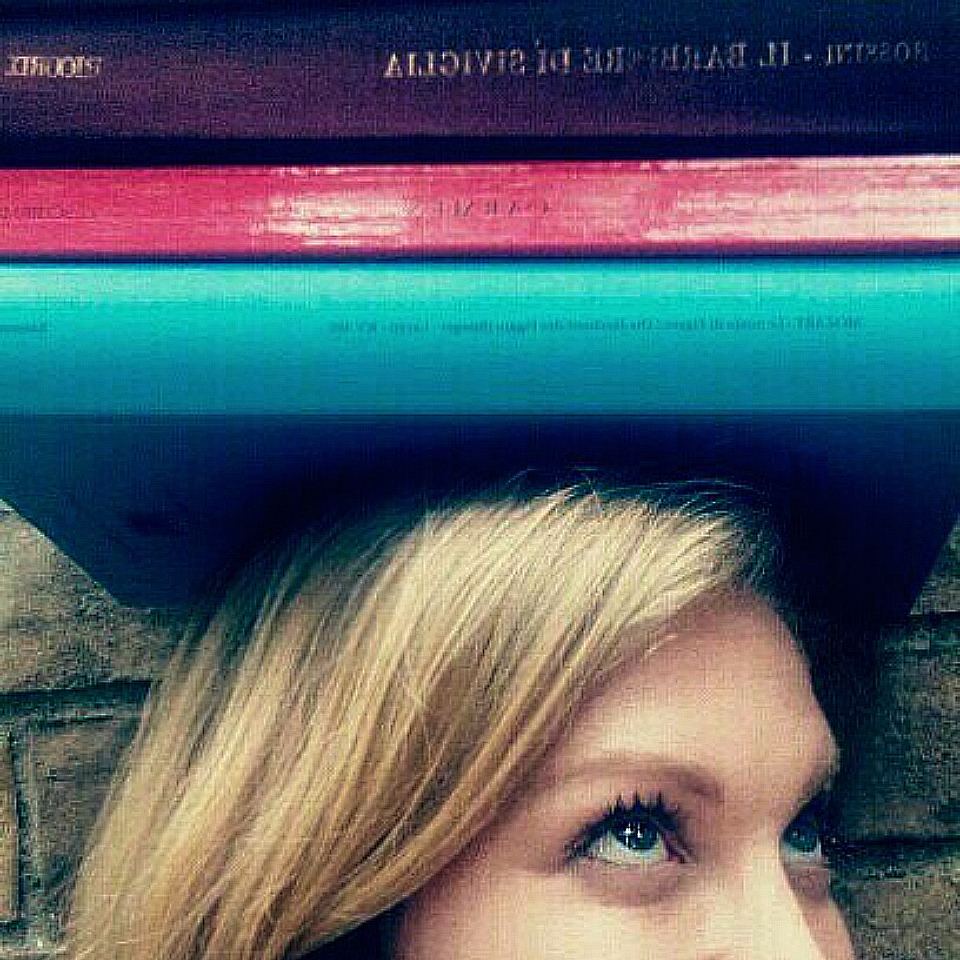 Anna Laurenzo is in her final year as an apprentice artist with Fort Worth Opera. The Iowa-born mezzo-soprano has also performed with Central City Opera, Performance Santa Fe and the Seagle Music Colony. She was a finalist in the American Prize competition. With 'Voir Dire,' getting its world premiere from Fort Worth Opera, Laurenzo has her first opportunity, rare for an apprentice, to debut a role -- in fact, nine of them. But her stand-out aria is the one she delivers as a battered young woman. And that's rare, also: Mezzos typically play the best buddy, not a lost soul in jail.

Before Anna Laurenzo rehearses, she pulls off her ankle boots. She stands barefoot on the floor, feet apart.

“I always try to make sure I can feel my feet on the ground,” she explains. “If I feel like I’m disconnected, can’t feel the ground underneath me, I know I’ve kinda gotten off course. The best way to get through a piece like this? You have to just focus on ‘I am this person, in this moment.’”

After a quiet, somber intro from rehearsal pianist Steve Carey, Laurenzo opens up and sings in a heartbreakingly plaintive tone: “I’ve never been so cold before as in this jailhouse corridor. Remember, I’m from Florida. Wisconsin isn’t like the south. The winter turned me inside out. It took my fingers in its mouth.”

Laurenzo’s singing the “jailhouse aria” from the opera ‘Voir Dire’ – which, yes, is named after the jury selection process. The Fort Worth Opera is presenting the world premiere of ‘Voir Dire,’ composed by Matthew Peterson and written by Jason Zencka from his days as a crime reporter. Fort Worth Opera actually first workshopped the opera in its 2014 Frontiers showcase, which ‘Voir Dire’ won. Now the show is getting a full (though small-scale) production in the McDavid Studio. Think of ‘Voir Dire’ as an operatic version of ‘Law and Order’ — with some adult material, hard-hitting material. It has only one judge, and there’s a murder trial we follow. But along the way, we also get the other cases the judge hears – like a custody battle over a parrot.

This set-up means there are 36 roles in ‘Voir Dire’ sung by only five performers. Laurenzo herself sings nine roles, including a prosecutor and Alycia Simpson — that woman in the cold jailhouse corridor.

“Have you ever been in jail?” I wonder.

“I have never been in jail,” she says and chuckles. “No, never even been pulled over.”

This is Laurenzo’s first chance to sing in such a world premiere. She’s a mezzo-soprano, still in her twenties, one of the company’s four Hattie May Lesley Apprentice Artists this season, her second year with the program.

Anna Laurenzo as Isabella in ‘The Italian Girl in Algiers’ at the Seagle Music Colony. Photo: James Carnahan

In opera — generally speaking — the sopranos get to play the great soaring or suffering angels — and get the best songs. Not the mezzo-sopranos. Mezzos typically have lower, warmer voices — and they typically get smaller roles, like playing the young boys in Mozart’s operas. Yes, there are fantastic mezzo roles like ‘Carmen,’ which Fort Worth Opera is also presenting (Laurenzo plays one of the gypsy girls in it). But, as Amanda Robie, the company’s director of artistic operations, declares, “A lot of mezzo-soprano roles are pigeonholed. Half are young boys but the other half are usually the confidante or the nurse, and those are often portrayed by older women. So it’s hard to get good stage time for a singer starting out, hard to get noticed. You really have to pick your roles, find what suits you.”

What’s more, because sopranos have several centuries of well-known favorites to choose from, it can be tricky for a mezzo even to assemble a good solo recital program to provide a paycheck in between playing the BFF in operas. It’s a matter of finding the right mezzo material — lyric, coloratura, dramatic — that fits her own voice, her own stage persona.

For Laurenzo, then, ‘Voir Dire’ is a rare opportunity. She’s an apprentice premiering a role — meaning she’s creating it, setting the bar, as it were — and it’s not your typical mezzo sidekick character. Remember: Alycia Simpson’s in jail, and her story gets a lot worse, violent and sordid. She recalls being on the road with her meth dealer boyfriend:  “It’s not like I’m some kind of whore. But I’d been pregnant once before. I didn’t want a kid, y’know? But Daniel said he’d marry me. The words were planted like a seed.”

Playing the Undertaker in ‘Buried Alive’ by Jeff Meyers and Quincy Long in 2016 at Fort Worth Opera. Photo: Marty Sohl

Laurenzo points out, by the end, Alycia says jail is the only place she has. She’s better off there, alone. “So that — that’s heavy,” the singer says. “But the whole story in its entirety showcases the pitfalls of the justice system. And Alycia is definitely one of the victims.”

Unlike Alycia, Laurenzo comes across as a wholesome, upbeat Midwesterner. She was born in Iowa, didn’t see her first opera until she was 17 (Verdi’s ‘Otello’ in Des Moines). And she didn’t really focus on opera until grad school at Florida State. But at Fort Worth Opera, Laurenzo has matured; she already has artistic management in New York.

“The growth that I’ve seen from her over these two years is very impressive,” says Amanda Robie. “Honestly, she has really just blossomed.”

Conveniently for Laurenzo, contemporary composers have increasingly turned to mezzos for leads — perhaps because their warmer voices make them seem more human, not quite so ethereal as the classic soprano. In last year’s world premiere, ‘JFK,’ Jackie Kennedy was a mezzo. Celebrated mezzo-soprano Joyce Castle has practically made an entire career out of specializing in modern and brand-new works.

But industry experts have estimated that in opera, of all the leading soloists — the tenors, the sopranos, the mezzos, the baritones – fewer than five percent ever make as much as $100,000 a year. And that’s before taxes, before agent fees and voice coaching.

So it can’t hurt that Laurenzo would love to do those boy’s roles.

“I love Mozart,” she says happily. “Mozart for my voice is a really great fit. So I’m kind of trying to be strategic about it, too, knowing that people always want to hear Mozart.”

See? There’s that maturity. Keeping her feet on the floor. Being strategic about future prospects.

And, you know, not dealing meth.

What have you given up to pursue singing in opera?

I have a two-part answer. I have had to miss out on important events in my friends’ lives. Opera doesn’t really have a set season. There are opportunities throughout the year, and when you’re engaged in one of those opportunities, you don’t often get released to go to a wedding or a birthday party. So that’s been tough. But technology has been really helpful because you can stay in touch that way.

But the other thing I’ve had to give up are my own insecurities or ideas I’ve had about myself. In opera, you have to transform yourself into different characters. And sometimes, that means, physically on stage, you have to do something that maybe you yourself wouldn’t be comfortable with. Or you might be wearing a costume that’s like, ‘Oh, this isn’t exactly flattering for me.’ But you have to get past that and realize that all of that – the costumes, the actions – that helps tell the story. So you have to just stay out of your own head and be able to really buy into the storytelling.

How has working in North Texas the past two years affected you, your art?

What surprised me is that North Texas is a really nice, diverse hub with lots of different arts to participate in, to observe. I really wasn’t expecting that per se. I’d never been to Texas before I moved here for work. And I’ve loved how the arts organizations collaborate. Last fall, we did a really interesting collaboration with Guitar Fort Worth and Ballet Folklorico Azteca and we did zarzuela pieces, which are Spanish operettas. And we had them arranged for guitarists and then had the dancers collaborate as well, so we could present something that really incorporated a lot of the arts organizations here.

Do you have any rituals you follow before you perform?

Before a performance, I definitely like to do a little physical activity to get my body warmed up because singing is definitely a full-body exercise. People think it’s all about the throat and the voice. It isn’t. Some roles are physical challenges. And I have vocal exercises, too, of course. We have to warm up vocally, you never want to warm up too early or too close to the performance. You have to time it, find the right time. And I like to do a little humming just before I go in. With ‘Carmen,’ I don’t come in until the second act, so I wouldn’t want to warm up before the show starts. So that’s one reason you see singers backstage always humming and singing. We’re checking where the voice is at.

Yes, but I always want to explore new territory – that means I have a list of roles I want to perform. I would love to do some of the pants roles – Cherubino in ‘La nozze de Figaro.’ Just a charming role but also a pretty big one. I love Mozart. Mozart for my voice is a really great fit. So I’m trying to be strategic about it, too, knowing that people always want to hear Mozart, and his operas are often done.

But I also don’t even know – there’s new music being written all the time for my voice right now. I’ve worked with [contemporary] composers like David Little [‘JFK’]. So I don’t even know what those dream projects might be. But I also want to put together my own recital performance. I’ve been thinking about that. A lot.

Interview questions and answers have been edited for brevity and clarity. Top photo by Nine.