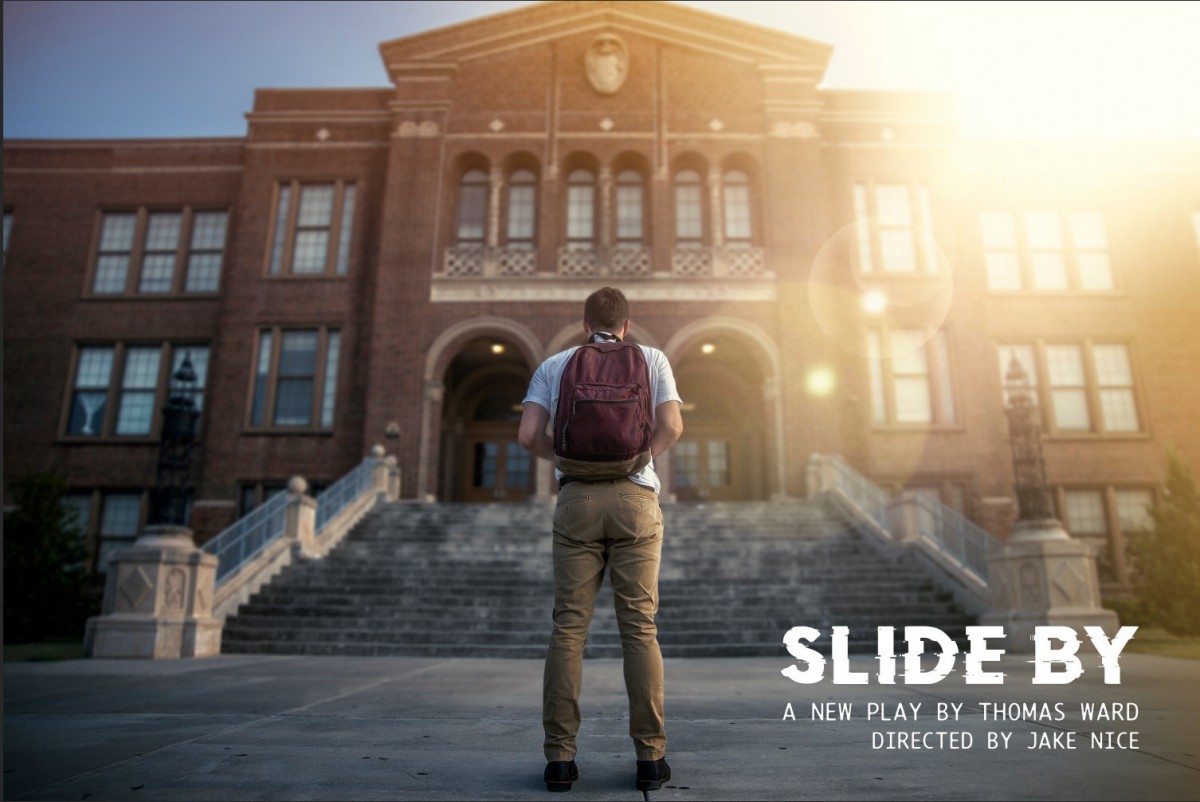 Jake Nice: Slide By, a new play by Thomas Ward

A New Play by Thomas Ward/ Directed by Jake Nice

It’s the week after the Columbine shootings and Chad Squier is subbing at his former high school amidst threats of a copycat attack. Once the state wrestling champ and big man on campus, Chad is now adrift in his twenties, living at home, and carrying the guilt of a suicide that happened his senior year. After learning that most of the teachers have stayed home and the rest of them might be armed (the result of a “hush-hush” district meeting), Chad tries to make it through the day unscathed. With the help of his best friend Dave, a drug-dealing janitor, and a new sub named Susan, Chad must face his anger at a mentor who betrayed him, as well as his troubling admiration for the Columbine shooters.