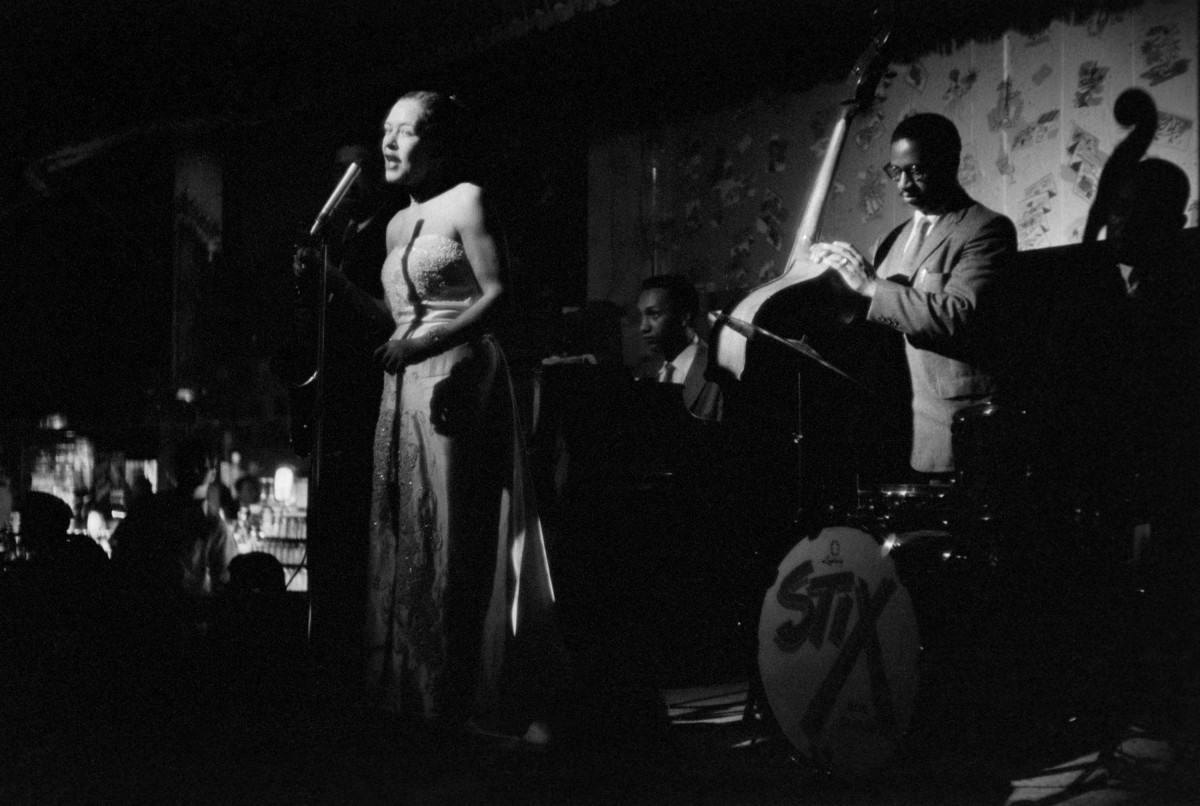 Billie Holiday at Sugar Hill: Photographs by Jerry Dantzic, features 56 vivid, breath-taking photographs.  They offer a rare glimpse into both the public and private life of one of the 20th century’s most iconic, significant artists: the consummate jazz and blues singer, Billie Holiday. Captured by photojournalist Jerry Dantzic during a week-long run of performances at the Newark, New Jersey nightclub, Sugar Hill in April of 1957, the remarkable images reveal the warmth, complexity, elegance, star power, and humanity of an artist who would pass away tragically just two years later at the age of 44.

Organized for travel by the Smithsonian Institution Traveling Exhibition Service in collaboration with the Jerry Dantzic Archives. The exhibition is presented by Irving Arts Center, a Smithsonian Affiliate.